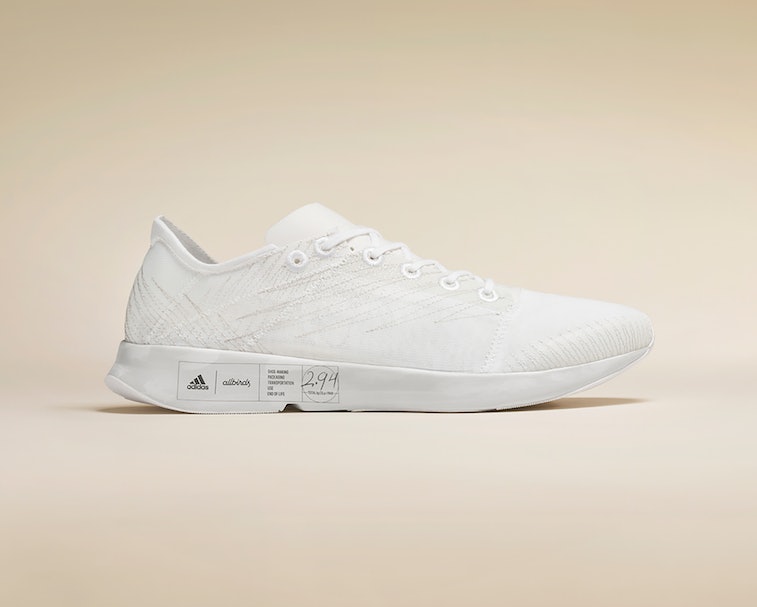 When Adidas first announced it was collaborating with Allbirds nearly a year ago, we were shocked. Not only is it rare for two sneaker brands to work together, but Allbirds’ favorability among tech bros and dads seemed like an ill fit for a much more stylish partner. Even the way they announced the news was corny, engaging in a trite Twitter exchange that must have been approved by dozens of people. Sure, putting aside corporate competitiveness in exchange for sustainability is honorable — but really, Allbirds?

Today, the two brands have unveiled their first collaborative sneaker, and it’s exactly what we’d expect. Releasing under the same name as Adidas’ fully recyclable sneaker line, the Futurecraft.Footprint is impressive for how little it negatively impacts the environment. Unfortunately, it’s also as swagless as its carbon footprint is low — proving Allbirds has the opposite of the Midas touch.

The Pros — The Futurecraft.Footprint is a running sneaker made using Allbirds’ sugarcane-based SweetFoam for the midsole. The upper, created just for this collaboration, uses 70-percent recycled polyester and a material made of wood pulp called Tencel for the other 30 percent.

Using these materials, the construction of each sneaker creates 2.94 kilograms of carbon emissions, the lowest figure ever achieved for either Adidas or Allbirds. Compared to a similar shoe, the Adizero RC3, that figure is a reduction of 63 percent fewer emissions.

“Our partnership with Allbirds is a beacon of what can happen when competing brands from the same industry see the possibilities in coming together to design,” Brian Grevy, an executive board member for Adidas, said in a release. “By truly co-creating and providing each other with open access to knowledge and resources ... this is a call to action for other brands and a milestone in the sports industry achieving carbon neutrality.”

And the visible cons — In an ideal world, Adidas would have made use of Allbirds’ impressive developments in sustainability and completely shut out the brand for the design side. The Futurecraft.Footprint looks like a marginally more acceptable Allbirds sneaker but is still tame in a “Casual Friday” type of way.

This overly plain sneaker is made not to offend, and the only redeemable aesthetic is a dual-branded print on the midsole that points out the carbons emission figure and the stages of its life cycle. Perhaps, in the future, new colorways will help redeem its optics — but it’s hard to hold out hope when a brand once referred to by Lawrence Schlossman as an “aesthetic abortion” is involved.

The first releases will be limited — Adidas and Allbirds will first release 100 pairs of the Futurecraft.Footprint this month in a raffle for Adidas Creators Club members. By fall, the two brands will ready 10,000 pairs for a limited release — with a wider release slated for spring 2022.

If you’re still excited about the shoe despite its visual shortcomings, such a small drop to begin with may come as a disappointment. But progress takes time — and we have to admit the shoe is indeed progress.