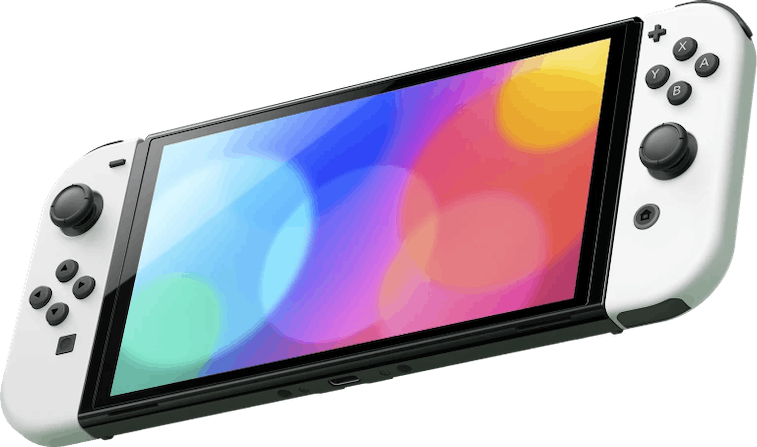 Nintendo today announced the new Switch, officially called a Switch (OLED Model). It’s a modest upgrade that includes a larger 7-inch OLED screen (up from 6.2-inches), more storage, and... not much else. It will be available on October 8 and cost $349.99, or $50 more than the existing Switch.

Disappointment — The announcement was mostly underwhelming for anyone hoping Nintendo would drop a Switch Pro with 4K gameplay or an improved processor. The console has been largely unchanged since its release in 2017, and for many players, new consoles from Sony and Microsoft have the Switch showing its age. That won’t change with the new hardware.

And now there’s one less reason to buy the Switch (OLED Model): the improved docking station can be used with existing consoles.

From a practical standpoint, the upgraded dock most importantly includes a LAN port so you can connect to the internet over a wired connection. That’s good if you’re someone who has unreliable or spotty WiFi in your home. Also nice to have: it has rounded corners that look a bit smoother and it comes in a new white finish.

With the upgraded dock, the only thing you’ll really be missing from the new Switch is that 7-inch OLED panel. Connecting to a TV, the new Switch still boosts resolution up to just 1080p, just like the current model. If you’re someone who mostly plays at your TV, there frankly isn’t much reason to replace your existing Switch. The Joy-Cons appear unchanged, there’s no Bluetooth support for headphones, no 4K, and no faster processor. At least there’s a new white colorway? The kickstand also spans across the length of the console for better stability.

Where’s the Pro? — Some people still believe Nintendo plans on releasing a more powerful Switch in the near future, in which case the Switch (OLED Model) would replace the original Switch as the entry level model, with the Switch Lite being an affordable option and the Switch Pro being the top-tier.

Nintendo has been able to rely on its popular franchises to keep Switch sales going despite competition, but at some point gamers want their favorite characters to appear in more immersive worlds than the Switch’s hardware is capable of rendering. The company may be hesitant to release a more powerful Switch Pro, however, because it would mean some gamers get a different experience than others. It may instead wait for a full console refresh.