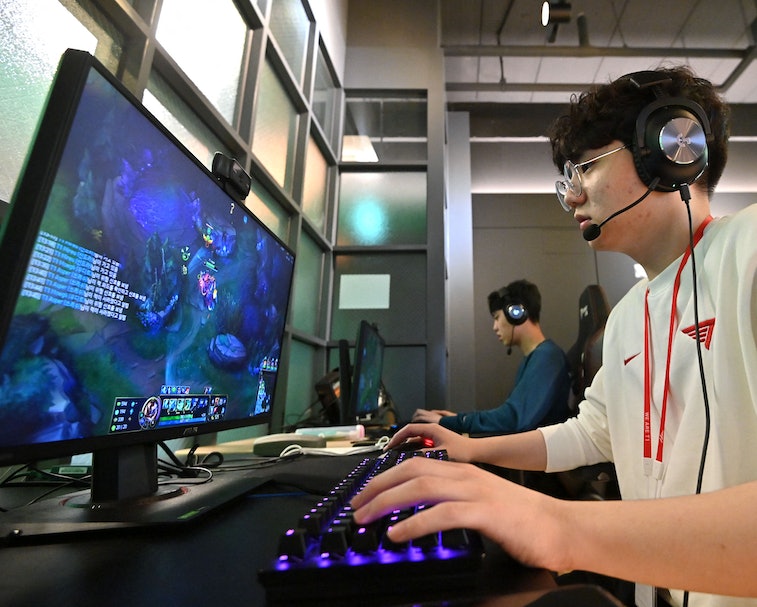 If you want to make it big in the world of esports, you’re going to have to dedicate some serious time to mastering your chosen game or genre. Your muscle memory isn’t going to train itself, after all. But where do you go to learn the way of esports? Why, an esports gym, of course.

If you’ve never heard of an “esports gym,” you’re definitely not alone. But a facility going by that very name is opening up in Tokyo, according to an official release from the Tokyo Metro (h/t Kotaku). For a measly monthly fee of 5,500 yen (about $50), you, too, can utilize the Esports Gym’s top-of-the-line gaming computers and even learn from esports professionals.

One of the most intriguing aspects of the esports phenomenon (and at this point, it truly does qualify as such in many parts of the world) is that anyone can dive right in with little-to-no gaming experience. For those interested in competing in gaming tournaments for a living, though, there’s a steep learning curve, and the sort of commitment demanded of professional athletes. The Esports Gym is ready to break down that barrier.

Train on your own or with help — Walking into Tokyo’s Esports Gym will feel more like meandering into an office or internet café than a YMCA. The space is comprised of just 12 workstations, each with a high-end gaming computer. The stations also include a keyboard and mouse, over-ear headphones, and a high-backed rolling chair.

Gym-goers will be able to use those computers for practicing on their own, but the bigger draw is that the Esports Gym will have in-house professionals to guide players in rising to esports fame (and hopefully, fortune). The gym even promises opportunities to try out for professional esports teams as part of its offerings.

Esports just keep growing — The world is spending more money on gaming than ever before, and with that, esports continues to grow in popularity, too, with billions tuning into Twitch and YouTube streams just to watch others play and compete. Nearly 10 million people streamed on Twitch last year, up more than 150 percent from the year prior.

Tokyo’s forthcoming Esports Gym has us dreaming of a world where learning to be a competitive gamer is as easy as walking into the training facility down the street, no matter where you live. The Esports Gym plans to open on May 19. If you’re in the Tokyo area, there’s never been a better way to dive right into the world of professional gaming.