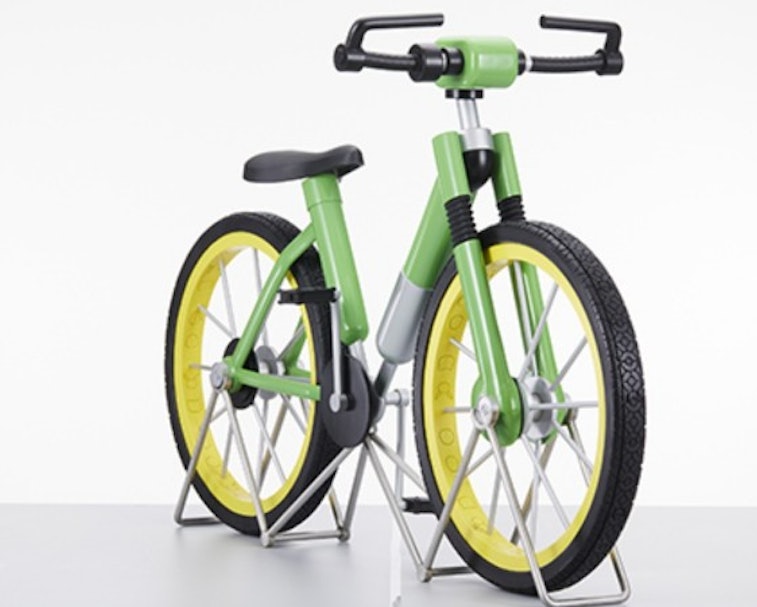 Here’s yet another example of Japan getting all the good stuff: Kotaku reports that The Pokémon Company is giving away a real-life version of the bicycle from Pokémon Red and Blue. The giveaway is in celebration of the company reaching one million Twitter followers on its Japanese account.

That milestone has significance in the case of the bicycle, as Gameinformer notes it’s a direct reference to the bike’s in-game price of one million Pokémon Dollars. Players couldn’t actually collect that much money in the game, so they instead had to acquire the bike by earning a bike voucher. Obtaining the bike makes traversing the game much faster.

Worth some $$$ — The replica bike can not actually be ridden, but rather is meant to be put on display. You wouldn’t want to ride it anyway or else destroy the value of a rare piece that’s surely going to be worth a lot of money.

To enter to win, you must follow the @poke_times Twitter account and tweet the phrase “ポケモンの100万円じてんしゃ,” which translates to “# Pokémon's 1 million yen bicycle.” Anyone can enter to win but The Pokémon Company will only ship to Japan. Maybe you can find a freight forwarding company that will accept the bike and send it along.

The giveaway began last Friday and runs until tomorrow, August 3.