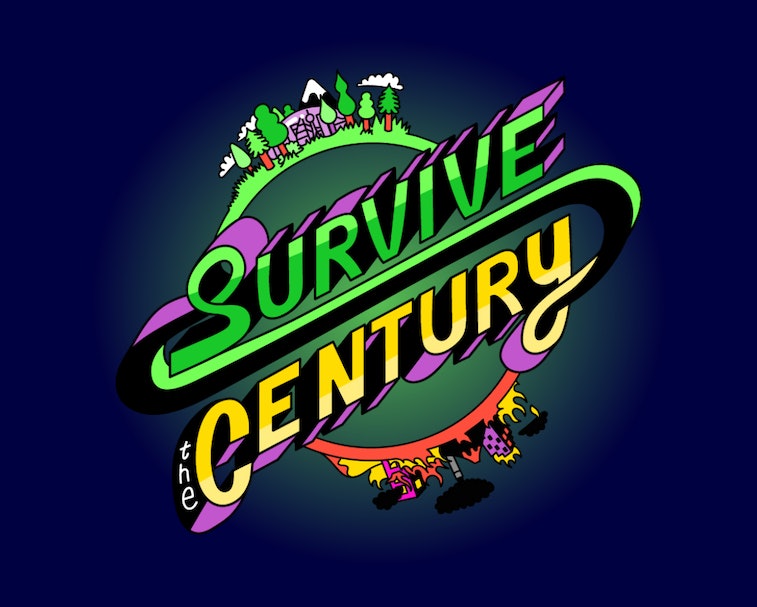 Survive the Century is a free, web-based “cli-fi” game that positions you as the senior editor at “the world’s most popular and trusted news organization” (so, not Fox News, then). With great editorial power comes great responsibility, so the stories you choose to run over the next century can shape the world’s response to climate change.

Choose to share vaccine tech, enforce stricter emissions cuts, and encourage investment in carbon reduction, and you can save us all. Choose to promote conspiracies, fixate on profits, and pretend we’re not going to die in a planet-sized furnace of our own making and we’re all screwed.

The game is the brainchild of author Sam Beckbessinger and a pair of scientists, Christopher Trisos and Simon Nicholson, and includes short fiction from the likes of Lauren Beukes (author of The Shining Girls, which Apple TV+ is turning into a series starring Elisabeth Moss), Finnish fantasy author Maria Turtschaninoff, novelist and short-story writer Rajat Chaudhuri, and Qatari-American artist, filmmaker, and writer Sophia Al-Maria.

It’s also laden with smart quips, tragic and hilarious narrative forks, and cute illustrations, and with its lengthy list credits (including artists, scientists, and backers), it’s a lesson in what can be achieved through collaboration... you know, the sort we’re going to need to keep average global temperatures down and our grandkids’ odds of survival up.

Non-speculative fiction — “This game is a work of fiction, but it is informed by real science,” the about page explains, and there’s a list of the more than 25 scientists who were consulted (with the help of the National Socio-Environmental Synthesis Center of the University of Maryland) to ensure the fictional headlines and scenarios are firmly rooted in reality. Funding for the project comes from the Climate Interactive and the National Socio-Environmental Synthesis Center (SESYNC)

Plus science — “We used a fascinating climate solutions simulator called En-Roads to validate our climate models,” Beckbessinger explains. “And of course, my co-creators Chris and Simon spent endless patient hours with me helping me to understand the nuances of energy policy, geo-engineering, and why it's unlikely that Bruce Willis could stop climate change single-handedly, despite what ’90s apocalypse movies led me to believe.”

Forks in the road — A status bar at the top of the page keeps track of the effects of your decisions on global conflicts, temperatures, and the economy, and whether the headlines get better or worse depends on the choices you make. You can’t stop climate change in Surviving the Century, you can only shape how rapidly it ramps up, and how well-equipped humanity is to contend with its implications.

“Climate change is not just some distant environmental matter,” Nicholson says. “Climate change is made and experienced by people. How the future will play out is going to be shaped by choices taken by people today, and tomorrow, and the day after.”

Behind the headlines — Some of the fictional stories, press releases, and other content created for the game include a report on a thriving black market for meat after California bans it, a review of a rising-sea-levels-proof floating restaurant, an obituary for capitalism, and a letter of demand from an activist group of surrogate slaves on Mars who’re tired of birthing one-percenters’ progeny.

They’re whimsical cautionary tales the creators say are intended to make you feel better, not worse, about our planet’s long-term prospects. “We hope that this game helps you to feel less hopeless and nihilistic about the future,” Beckbessinger says. “Our choices matter. It’s not over. There are still a lot of decisions we can make that will lead to dramatically different futures.”