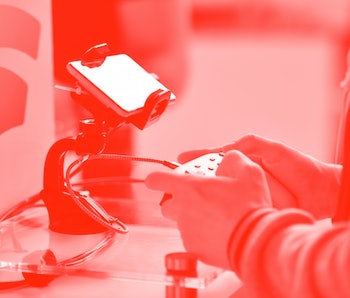 Today Google announced its Stadia service will be available on the latest Samsung Galaxy phones, as well as those made by Razer and ASUS, beginning on February 20. This means Stadia will no longer be Google-exclusive: until now it has only been available on Google’s Pixel phones. If all goes well, it could prove to expand Stadia to a much wider audience.

Stadia is still catching up with itself — Google fumbled Stadia’s launch, failing in its nascent days to live up to the promised hype of the console-less gaming system. The company has been working overtime to bring Stadia back into public interest. While the Pixel is certainly popular, Samsung’s Galaxy line is much more far-reaching. Bringing Stadia to the Galaxy will widen the platform’s reach and make Stadia’s on-the-go gaming more accessible for the average user.

This doesn’t fix all of Stadia’s problems — Stadia is slowly but surely finding its footing in the gaming market. Google’s road map for the rest of the quarter includes 4K support and a new wireless controller, which will both appeal to serious gamers.

But if Google wants to hit other audiences — namely those who don’t own or want a home console — Stadia will need to be easier to stream. Right now Stadia gaming still requires a high-bandwidth Wi-Fi connection to function, and cell service is not supported. That makes it a little difficult to play on-the-go, or even in the basement with your router upstairs.