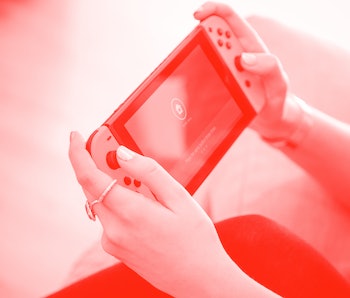 Nintendo seems to be doing well for itself amid COVID-19. According to the market research company, the NPD Group, Nintendo Switch set a new hardware sales record in March since the launch of the DS. Additionally, its Animal Crossing: New Horizon title has become "one of Nintendo's fastest selling games in history."

Nintendo's stunning success won't surprise those who have kept an eye on the company's sales since Animal Crossing: New Horizons debuted on March 20. In just the first three days of its release in Japan, Famitsu market analysis showed that the Nintendo title sold 1.88 million copies in the country. By doing so, it topped cult favorites like Super Smash Bros, Pokemon Sword, and Pokemon Shield.

Nintendo Switch soars to the top — Sure, there is anecdotal evidence of Nintendo Switch disappearing in thin air off retail shelves while people price gouge the console online. But now there is granular data to substantiate these claims of the console's spell on the marketplace. According the NPD Group, Nintendo Switch's hardware spending jumped by a whopping 63 percent compared to 2019. It has outsold formidable rivals like PlayStation 4 as well as Xbox One.

Nintendo Switch owes a bulk of its triumph to Animal Crossing: New Horizons. It's the perfect game for a pandemic. For starters, it's family-friendly (unless, of course, you're trying to re-enact a horror film plot through your innocent animal friends). It provides the right kind of gentle virtual escapism: you can build your own home, go fishing, pay bills for virtual goods, interact with friends, even recreate regions out of other franchises, and a lot more. Some gamers are even going as far as to say that Animal Crossing: New Horizons is less of a game, more of a sociopolitical phenomenon. A "revolution," if you will.

Whatever its perceived cultural motif is, Nintendo Switch and Animal Crossing: New Horizons can be counted as one of those remarkable success stories to come out of COVID-19. And if the company wants to amplify this win, it should ensure that it catches up with consumer demand by bolstering hardware production. Luckily enough for both Nintendo and gamers, production should resume by June.