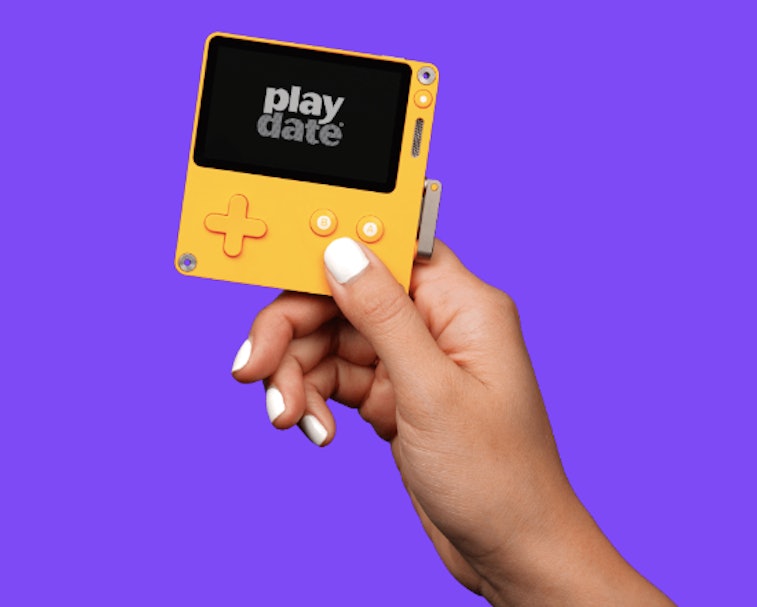 You’ll have to wait a little longer for the colorful next chapter of portable, handheld gaming. Panic, the chaotic neutral company that brought you Untitled Goose Game, has pushed the public release of its tiny Playdate handheld to early 2020. In the meantime, though, hundreds of game developers will start receiving units to test. After this, there won’t be any dev kits.

“Every Playdate is a devkit. Any Playdate owner can be a developer,” reads a blog post from Panic. “We'll have more to announce next year about how anyone, even the non-technical, can make a Playdate game.”

What is Playdate? — Panic, historically known for creating Mac and iOS apps, has made a name for itself in the game developer world in recent years, but now it’s getting into hardware. Playdate is a handheld gaming device about 3 inches square that offers both something new and a bit of nostalgia in a market dominated by Nintendo for the past few decades.

Playdate has some standard navigation buttons and alpha buttons offset by a delightfully whimsical hand crank on the side. You might initially think the crank powers the device, but it’s actually more of a quirky joystick. The 2.7-inch display harkens back to the 2-bit displays of yore with a Sharp Display LCD evocative of the original Game Boy with significantly upgraded clarity.

How will Playdate work? — If you don’t want to craft your own games, you can enjoy seasons of game releases. Season One will be included with the first batch of Playdates and includes 12 games. A game is released every week until the season is over and they’ll have a variety of playtime lengths.