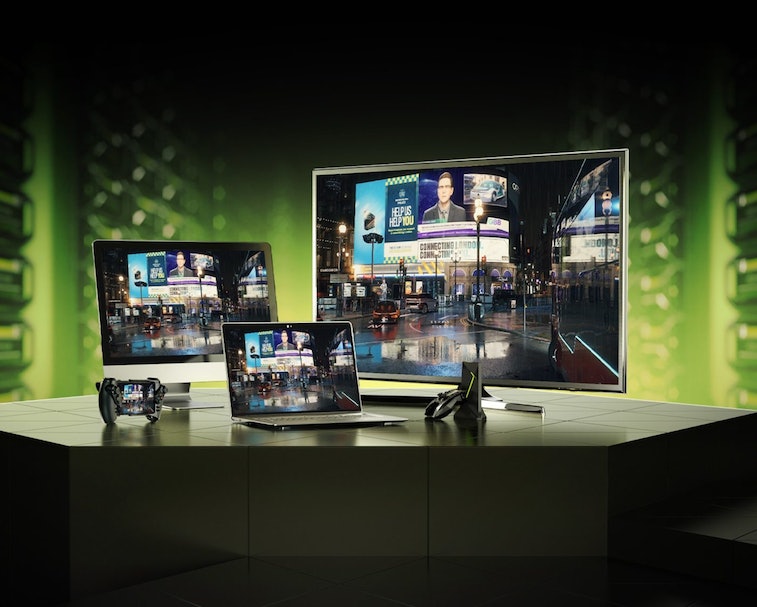 Nvidia’s cloud gaming platform, GeForce Now, is finally making its iOS debut today in beta form — but you’ll have to access it through a web browser. Like its contemporaries, Nvidia has found it necessary to skirt around Apple’s strict App Store rules by launching without a dedicated mobile app for iOS.

In order to access Nvidia on iPhones and iPads, users will simply need to go to play.geforcenow.com and log in. The web app version of GeForce Now will offer all the same next-gen graphics available when streaming on a Mac or PC — although the quality of that stream will inevitably hit some limits because it’s running in a web browser rather than in a native app.

Nvidia also said today that it’s planning to bring GeForce Now to the Chrome browser using a similar web-based platform in the near future. Right now that version only works on Chromebooks, but future iterations would work on other devices, too.

Streaming games through a web browser is far from ideal, but unless Apple relaxes or revises its rules, for now, it's going to be the only way some people can access gaming streaming services.

Browser-based is the new normal — Just months ago it would’ve been almost unheard of to consider streaming cloud-based video games to a mobile browser. Now just about every gaming service with streaming options is making use of that very method for iOS support.

Apple is clearly the antagonist in this situation. The tech giant put its foot down a few months ago in terms of allowing cloud gaming services on the App Store. Later, the company relented a little by allowing games submitted on an individual basis to be proliferated on its App Store as long as the creators were okay with the standard 30 percent commission Apple demands. Those that don’t like it, Apple said, can go right ahead and use Safari as a workaround.

And so they have. Nvidia will join Google’s Stadia, Amazon’s Luna, and, soon, Microsoft’s xCloud in taking Apple up on its workaround offer. Streaming games through a web browser isn’t great, but it’s better than bowing to Apple’s pressure... and definitely better than not being available on Apple mobile devices at all.

Good news for Fortnite — Perhaps the cohort of gamers most notably affected by GeForce Now’s iOS debut is the massive Fortnite fanbase. Nvidia is working along with Epic Games to bring a browser-optimized version of the popular game to life, which will allow the game to run once again on iPads and iPhones.

It’s been months since Apple removed Fortnite from the App Store after Epic Games sidestepped the company’s 30 percent toll. That move has generated much scrutiny of what Epic and others see as Apple’s monopolistic App Store policies — scrutiny that in and of itself is a win of sorts for developers. Still, millions of Fortnite players have been caught in that fray. This workaround will be much better than nothing.

Though these companies still have some kinks to work out — you can’t use the new DualSense 5 controller with the browser version yet, for example — there is merit to expanding our browser-based game options. Still, being able to play the latest games on a web browser, and therefore on just about any operating system, is pretty groundbreaking. Nvidia already has plans to bring massively hyped games like the frequently delayed Cyberpunk 2077 to the browser-based platform, too. It's good news for the future of video games, even if it's a bit annoying right now.