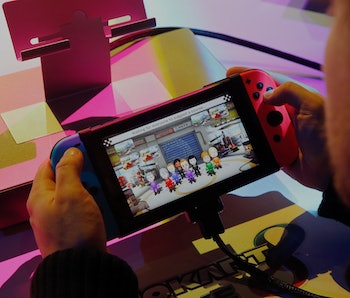 Mario Kart 8 is officially the best-selling racing game ever in the United States, according to retail analysis firm The NPD Group. Those numbers include the original 2014 release on Nintendo’s Wii U console and Mario Kart 8 Deluxe, the 2017 re-release for Switch. NPD collects its data through brick-and-mortar and digital retail sources.

Despite being released in 2017, NPD says that the Nintendo Switch was the best-selling hardware console during the month of March 2021 in terms of both units sold and absolute dollars. But for the entire first three months of the year, the PlayStation 5 brought in more absolute dollars — the consoles costs more. Still, it’s pretty incredible how long Nintendo has managed to maintain sales for a console that’s showing its age. The company sold more than 11.5 million units in the final months of 2020.

Maybe the situation would be different if it weren’t for an industrywide shortage of the type of processors used in the PlayStation 5 and Xbox Series S/X. Nintendo’s Switch uses an older processor that’s not in as much demand.

Original release — Mario Kart 8 for the Wii U received strong marks when it was released, but that was undermined by the absolute failure of the Wii U itself. The console was one of Nintendo’s greatest commercial flops, selling only thirteen million units across its lifespan. Nearly three million Switch units sold in the first month and the console quickly became Nintendo’s fastest-selling console in history.

Second chance — Now on the Switch, Mario Kart 8 has served as a marquee title every parent buys for their child. As of December 31, Mario Kart 8 Deluxe has moved 33.41 million copies globally since 2017. Between 2014 and 2020, Mario Kart 8 for the Wii U only managed 8.4 million units.

Both versions combined make the kart racing game one of the best-selling video games of all time — something that will surely generate groans from fans of so-called real racing games like Gran Turismo. But you’re not going to see little kids try and figure out complex driving mechanics, and that’s where Nintendo won the battle.

NPD also said that overall American video game sales a hit historic record of $680 million in March, which is unsurprising as people continue spending a lot of time at home.

Considering the consistent sales of Mario Kart 8 Deluxe, it doesn’t seem like Nintendo feels too much pressure to release a new edition anytime soon.