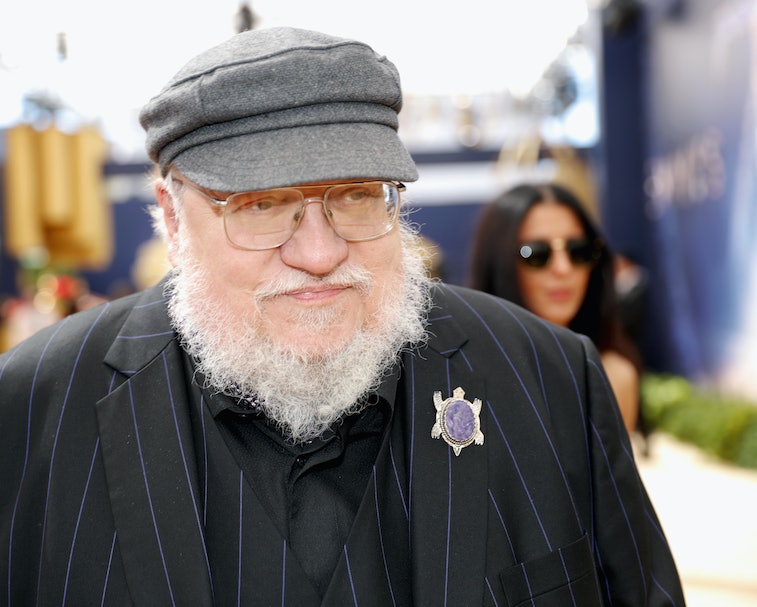 At this point, everyone knows the following two basic facts about Elden Ring: it's really damn good, and George R.R. Martin helped write it. While the ultimate role that he played in crafting the game's lore is still somewhat unclear, he did leave his mark in one obvious way: the names of all of its major gods, or "shardbearers."

As noted by PC Gamer and others, if you've played a few hours of Elden Ring, you've probably encountered Godrick the Grafted, but did you know that his buff ancestor is named Godfrey? There's also Rennala the witch, her one-time consort Radagon, and their kids, Radahn, Rykard, and Ranni, all of whom are incredibly important to the game's lore. But then Radagon left Rennala for Queen Marika, which produced the twins Malenia and Miquella. Are you starting to sense a theme here?

Yes, that's right: the big goof behind Game of Thrones did, indeed, name every major god and demigod in the game after his own initials. There are even other plot-important characters who follow the trend. We'll avoid naming them for the sake of spoilers, but let's just say one of them wields the Black Blade. Also, your character's "finger maiden" Melina meets the criteria, which raises further questions about her mysterious origins.

According to interviews, Martin and game director Hidetaka Miyazaki worked together to build the overall "mythos" for the world — basically a base for the actual game to start from. Miyazaki even told Game Informer that Martin might be "shocked" by how the developers twisted many of the characters to fit the decaying world of the Lands Between. While we don't know if that's the case, Martin called the game a "landmark megahit" in a recent blog post, so he's at least happy with its commercial performance.