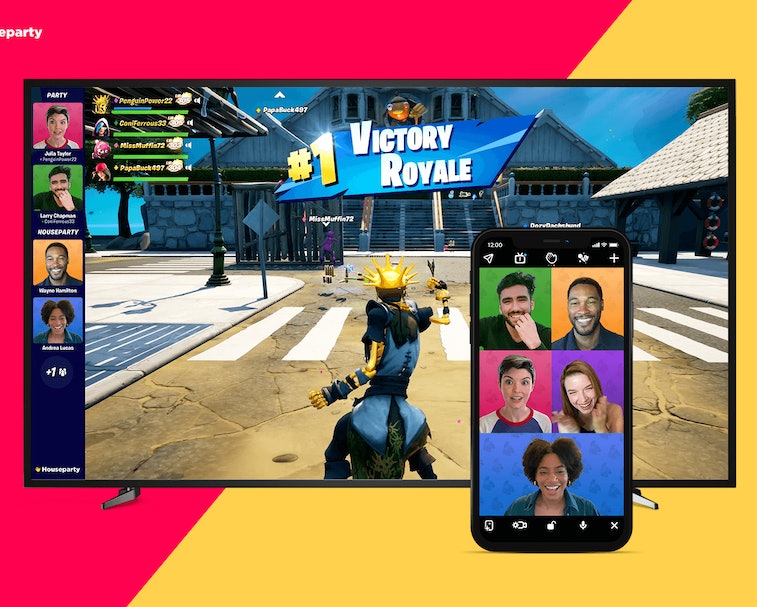 One of the most popular, social games in the world is somehow becoming even more, uh, social. Earlier today, Epic Games announced it's using its video-calling app Houseparty to add an in-game video chat function to Fortnite. What's more, the new feature should be available to players right now.

Easy to install, and monitor — According to Epic's blog post, Fortnite players using a PlayStation 5, PlayStation 4, or PC (no mention of iOS for some reason...) will be able to link their accounts to the Houseparty app after downloading it to their Android or Apple smartphones.

From there, your group of video chat friends will show up in the lefthand corner of players' screens during matches (just make sure your phone screen is actually positioned properly in front of you, too). The video chat option also comes with a number of parental safeguards, so the new feature is easily disabled if need be. Players can also lock their hangouts so that only invited, actual friends can join in on the fun.

Making up and working together — Back in April, Fortnite introduced a weapons-free mode to allow for purely social hangouts, which surely ate into Houseparty's use by youngsters, but given both services are owned by Epic, it likely didn't mind.

The new feature comes as Epic and Apple continue duking it out over who gets what share of Fortnite's nigh-immeasurable wealth. In the meantime, the game studio has tried various, oddball ways of getting around its current App Store blacklisting while also offering (expensive) bells and whistles like support for ray tracing.