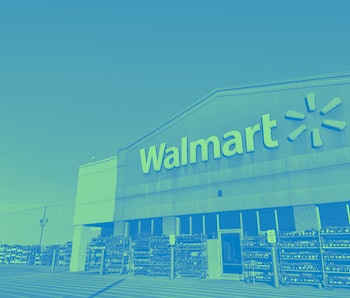 Confidential documents presented in Epic’s lawsuit against Apple reveal that back in 2019, Walmart was considering the launch of its own cloud gaming service to rival the likes of Google Stadia and Microsoft xCloud. Yes, Walmart.

In the documents spotted by The Verge today, Walmart executives compare the initiative, codenamed Project Storm, most closely to Nvidia’s GeForce Now. Whereas Google and Microsoft’s cloud gaming services use custom hardware that games have to be specifically written for, Nvidia is streaming games from a Windows PC over the internet. Developers who have made their games for Windows don’t have to do any extra work.

One-stop shopping — That’s what Walmart had in mind for Project Storm. Using its existing server infrastructure to host games, the company would give customers a platform where they could buy titles from third-party PC storefronts, like the Epic Games Store or Steam, and access them all in one place. Think of the Apple TV app, which unifies different streaming entertainment platforms in one interface. Users would just need a fast enough internet connection. Performance of Stadia and xCloud has proven better than some initially expected, though, with minimal stuttering or frame rate drops.

Walmart painted a compelling argument for why it would be uniquely positioned to win in the cloud gaming space. Gaming companies believe the switch to cloud gaming could be lucrative because they could reach the vastly larger group of people who play games on smartphones rather than consoles. Walmart already has the eyeballs of these people — its research found that 70 percent of regular Walmart shoppers also regularly played mobile games.

Walmart said it would use free trials and in-store physical demos to market to this audience of an estimated 100 million gamers that were strolling into its stores daily. Walmart even designed a clip that would attach a controller to a user’s smartphone so the experience would be intuitive.

Epic — There’s no word on whatever happened to Project Storm or whether it’s still in the pipeline. Word of Walmart’s ambitions were revealed as Epic tries to argue in court that Apple wields monopolistic control over iOS that unfairly harms the competition. In fact, Apple has made it difficult for game streaming to live on iOS due to its complicated rules, and other services like Stadia have relied on web apps.

Walmart already has a relationship with Epic, selling Fortnite merch in its stores. In an email discussing Project Storm, Epic vice president Mark Rein is amiable towards Walmart and says the retailer was open to considering different revenue sharing models.

A big point of contention between Apple and Epic is the 30 percent commission charged on App Store sales. Apple has pointed to other gaming platforms like the Xbox and PlayStation to defend itself and argue that 30 percent is an industry standard. Walmart was expected to ask for the same, but in Rein’s email, he explains why Epic has attacked Apple but not the others. “Today we pay Sony, Microsoft, and Nintendo 30% because they subsidize the hardware and do a lot of marketing for us,” he writes. “Clearly that’s what Walmart wants to do but the hardware stays in the data centers.”

Epic has said that Apple is different because it makes the bulk of its profit on hardware and only charges 30 percent because it can — developers can’t sell their apps outside the App Store. Apple says that it needs to charge the fees to cover its costs maintaining the App Store; Epic thinks that’s hogwash and that Apple is making a killing on App Store commissions, raising prices for customers and making it difficult for service’s that compete with Apple’s own to succeed.