Epic could be blacklisted from the App Store for five years 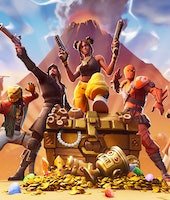 How long it might take until 'Fortnite' returns to the App Store.

One could be forgiven for thinking the whole Apple vs. Epic Games legal struggle was nearing its end a couple of weeks back after a judge delivered a mixed bag of results for the two companies, but trust us on this one: we’ve got a long way to go before the incredibly tiresome saga (with admittedly large-scale consequences) comes to an end. Epic and Apple have already appealed the verdict, and despite whatever comes of the next trial, one or both of them will inevitably appeal from there. In fact, Apple appears to be counting on it.

According to Tim Sweeney, Epic Games’ Founder and CEO, Apple has delivered a legal memo to his company stating that its developer program account will not be reinstated for the App Store “until the district court’s judgment becomes final and nonappealable.” In a tweet attached to a photo of the letter, Sweeney explains that given the nature of court timelines, this could be as much as five years down the road before fans can even begin hoping to see Fortnite on the App Store.

Claims of backtracking — According to earlier tweets from Sweeney, Apple walked back its earlier agreement to restore games such as Fortnite to the App Store if Epic disabled its third-party payment options. “Just last week, Epic agreed with Apple that we would play by the same rules as everyone else,” Sweeney wrote alongside a copy of an email sent by his lawyers to Apple’s. “Apple lied. Apple spent a year telling the world, the court, and the press they’d ‘welcome Epic’s return to the App Store if they agree to play by the same rules as everyone else’. Epic agreed, and now Apple has reneged in another abuse of its monopoly power over a billion users,” he later tweeted.

Meanwhile, Apple’s response (see above) justified its about-face on the grounds of the judge’s ruling, which was cited as “valid, lawful, and enforceable.” As shady as it is to promise one thing and deliver another thanks to legalese, it’s going to be hard for Epic to argue its way out of Apple’s pettiness for the time being.

A glass half full outlook — Of course, you could take the optimist’s stance here and hope that public and legal pressure could force Apple to begrudgingly allow some augmented form of Fortnite onto its App Store before that estimated five-year timeframe is up. We wouldn’t necessarily bet any money on that one, but there’s always the possibility this is resolved sooner than expected. Apple, after all, has a carefully cultivated image as a benevolent and generous company to protect.