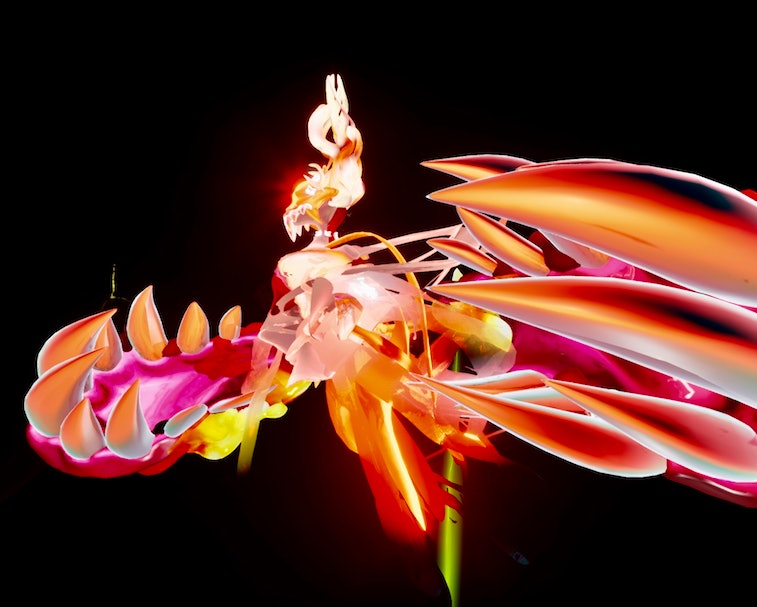 On Tuesday, the “Sour Candy” lyric video hit YouTube and we’re all still recovering. The song from Lady Gaga’s Chromatica features K-pop group Blackpink, but you wouldn’t recognize anyone in the video. The vaporwave-on-(more)-acid video puts the international pop stars in the floating bodies of what can be best described as alien fairies. Many lyric videos fail to hold the viewers’ attention, but even repeat viewings won’t tear your eyes away.

Behind the scenes — Team Rolfes produced the eye-catching video and worked with puppets to bring each star to life.

Whether dancing around in the video or in still images, these creatures — dare we say Little Monsters — perfectly straddle the line between ethereal beauty and nightmare fuel. All five stars’ puppets were animated with what can be initially read as teeth or claws, but also clearly draw from petals and wings at different angles (a fitting juxtaposition for the song’s premise).

Now, as a lyric video, it’s not super successful. Though the translation mechanism provides clarity for those who only speak English or Korean, reading the tiny lyrics in the Matrix-esque chat box felt like a strenuous, separate experience. The video bubble showcasing who was singing was the most effective aspect, allowing viewers to get a sense of which star corresponds to each creature.

If you’re looking for a less psychedelic experience and don’t really need the lyrics anyway, YouTuber Darnu-Pop created an 8-bit version of “Sour Candy” for your enjoyment.