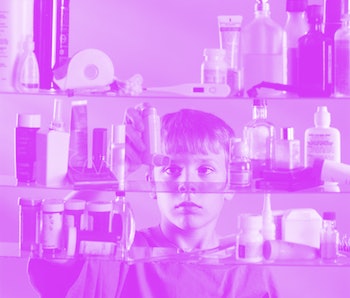 TikTok is quite good at providing its users with mental health resources; the company’s track record on keeping harmful health information off its platform, on the other hand, leaves much to be desired. Such is the case with advertisements that encourage self-diagnosis of psychiatric disorders like ADHD.

TikTok is actually playing right into its users’ penchant for viral videos about self-diagnosis by allowing ads about meds for treating attention deficit hyperactivity disorder on the platform, a new investigation from Media Matters finds. Some of these ads could even violate TikTok’s medical misinformation policy.

Self-diagnosis videos are nothing new on TikTok. They’re so common, in fact, that some doctors have taken self-diagnosis debunking and turned it into an entire TikTok brand. It’s very easy to go viral on TikTok, even if what you’re posting is more conjecture than fact. But when the company is actually paying for ads that push these messages — that’s a different affair entirely.

The self-diagnosis spiral — Media Matters isn’t the first to point out this flawed phenomenon. Earlier this year, NBC reported that TikTok had allowed a startup called Cerebral to place ads on TikTok that claimed ADHD was five times more prevalent in obese people. TikTok removed those ads — but others have been popping up in their stead.

One startup called Done is explicitly advertising self-diagnosis to TikTok users. Done’s ads link to a six-question survey that will tell you whether or not an ADHD diagnosis “seems likely.”

Another Done ad links ADHD to symptoms like anxiety, depression, and simply being lazy. This is the most overwhelming problem with self-diagnosis TikToks in general: They generalize symptoms to the point that just about anyone might see themselves represented in a given video.

Profits over people — This over-generalization of symptoms is a significant problem on TikTok; it has been for quite a while now. But these aren’t user-posted videos garnering views. They’re paid advertisements. TikTok is profiting off of them.

TikTok’s COVID safety page includes a section about medical misinformation more broadly. The company says it takes “a proactive, holistic approach to countering misinformation,” including the use of “specially trained teams” who work to identify and remove misleading content. Fact-checking partners like Politifact and Science Feedback are also meant to help minimize medical misinformation on the platform.

In this context, it does indeed look as if TikTok is technically violating its own misinformation policies by allowing advertisers to push self-diagnosis to users. TikTok’s apparent willingness to take money for such ads comes off as a choice of profits over people. Sounds a bit too familiar, unfortunately.