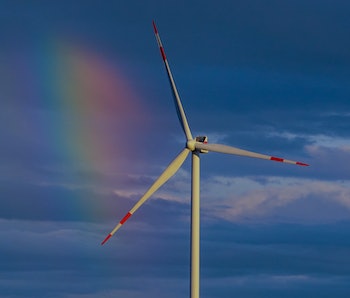 Right now, renewable energy is having a positive streak in the United States. Researchers expect environmentally friendlier energy sources to outproduce coal this year mainly because of the lockdown-induced decrease in industrial production and air travel. And that may just be the beginning.

A recent study from California Polytechnic State University (Cal Poly) suggests that Californian offshore winds could prove to be strong sources of renewable energy for locals. This could be particularly useful as the state plans to fully rely on renewable energy by 2045.

Nestled in the heart of this study is timing. Renewable energy sources like solar power and wind rely on nature for delivering their impact. With these winds, which become their strongest in the evening, California may have a chance to fill the gap in power production left by solar energy.

That pesky little thing about solar energy — Solar energy right now powers a considerable deal of California energy consumption. Last year, for example, solar thermal powered plants helped to make 28,463 gigawatt-hours of power for California. There are almost 750 solar power plants in the state. And it's helped a great deal, as mentioned before, with producing energy at a sustainable and arguably climate friendly level. That said, solar energy's timing is slightly out of loop with local demand.

Solar energy's peak power supply takes place in the middle of the day when the afternoon sun is up high and then it simmers down by sunset. Power consumption for solar energy (or practically any energy for that matter) tends to build up by sunset as people come back from work and school, and it continues to increase after that point.

The beauty of these winds — With wind-based energy, the timing works out for the source and the consumer. According to the study, these offshore winds take off at their strongest level coincidentally around the same time the consumer is increasing usage. In other words, its strength is in line with the local demand in the evening.

The lead scientist for the study, Yi-Hui Wang, said in a statement, "The alignment between potential offshore wind power production and demand highlights the important role that offshore wind energy could play in meeting California’s ambitious renewable energy goals." If this approach can be taken to broader scale, we might see California lead the United States in terms of renewable and green energy resources.