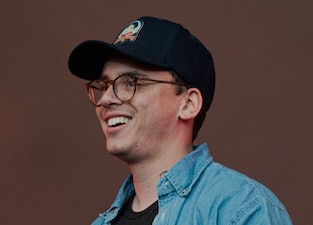 Roughly how much the rapper spent in all.

On Instagram, the rapper whose actual name is Robert Bryson Hall II, wrote, "When I was a kid I absolutely loved Pokémon but couldn't afford the cards." It's a lament many Pokemon addicts can relate to, without doubt.

"Now as an adult who has saved every penny he has made being able to enjoy something that I've loved since childhood now as a grown man is like buying back a piece of something I could never have, it's not about the material; it's about the experience," Logic said.

This isn't the first time that someone spent a jaw-dropping amount of cash on a Pokemon card and Logic is right: it's about the experience of owning one more than the material aspects of the card. People talk about it all the time. You might even remember one Illustrator Pikachu card getting a record-breaking $230,000, as an example of fan love. It just goes to show that some people are very, very, very serious about their Pokemon collection.

Gotta catch 'em all — Logic spending that stunning amount of cash on a Pokemon card isn't anything new. Since the 1990s, the Pokemon craze has inspired a good deal of cultural analysis meant to understand the phenomenon.

In 1999, The Baltimore Sun was so fascinated by kids buying these cards as well as a lawsuit against the Pokemon manufacturer brought on by parents who were concerned that the card collection frenzy encouraged gambling that it amusedly wrote, "If Leonardo Da Vinci were alive today, he wouldn't be painting Mona Lisa; he'd be drawing Pokemon cards." It's a fairly believable hypothesis.