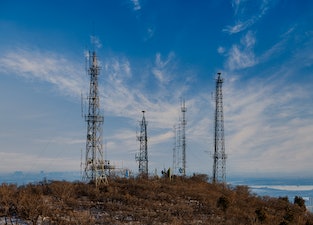 The FCC has announced another round of grants for broadband internet providers, totaling $791.6 million and set to cover 350,000 homes in 19 states. Notably absent from the grant approvals: SpaceX’s Starlink satellite internet program.

The top three states receiving funding are Illinois ($212 million), Arizona ($140 million), and Iowa ($113 million). That brings the year’s broadband funding up to a staggering $6 billion — though more is still needed to solve the United States’s broadband infrastructure issues.

“This funding will connect more households throughout the country with high-speed broadband as part of our ongoing work to close the digital divide,” FCC chairwoman Jessica Rosenworcel said in a press release.

So why no love for Starlink in these billions of dollars of funding? The FCC says SpaceX “failed to meet program requirements,” especially in its inability to prove that it would be able to deliver high-speed internet connectivity to its promised audience.

Starlink snub? — Though Starlink’s satellites are generally bringing internet connectivity to places where it’s traditionally difficult to do so, the program is still very young and troublesome. There’s a sizable barrier to entry, for one thing: it costs $600 just for Starlink equipment and setup. The FCC’s broadband grants are meant to make the internet more accessible, and Starlink doesn’t really fit that category.

Rosenworcel went as far as to call Starlink’s technology “promising” in announcing the FCC’s decision. The many constraints of Starlink’s systems — including its general inability to deliver consistent download, upload, and latency speeds — just isn’t ready enough for government subsidies.

When Elon Musk’s other projects have been snubbed by the U.S. government, the world’s richest man has been known to throw very public temper tantrums. We may be in for some snarky tweets directed at the FCC in the not-too-distant future.

More to come — The FCC is here fulfilling one of President Biden’s major campaign promises: investing in broadband access, pushing internet connectivity closer to being a utility than a privilege.

The $6 billion we’ve seen thus far is actually only the beginning: the Broadband Equity, Access, and Deployment (BEAD) program promises another $42.45 billion in broadband funding — to be doled out by the Commerce Department’s National Telecommunications and Information Administration (NTIA) — but that money won’t be freed up for a while yet. The FCC first needs to finish mapping current broadband access in the U.S., a project Rosenworcel says is nearing completion.