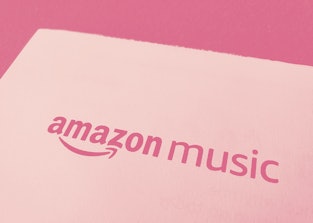 That's across Amazon's free Prime offering and its paid tiers.

Amazon's music streaming service is growing rapidly, though the jury's still out on the number of subscribers actually using it. The company announced today that Amazon Music has reached over 55 million customers worldwide, and has so much as doubled in usage in some areas over the last year.

Apparently some people do use it intentionally — According to Amazon, the premium Music Unlimited service grew by more than 50 percent in the last year, reflecting the overall global increase. With no breakdown though, there's no knowing how many of the customers that make up its 55-million-strong are actually paying subscribers as opposed to, say, people who got Amazon Music for free with Prime but never actually use it or those who use it only when streaming via Alexa commands. Amazon Music offers several tiers.

Spotify, by comparison, reported last year that 113 million of its 248 million users are paid subscribers, still dwarfing Amazon even without the specifics. The news could put some pressure on Apple, though, which boasted only about 60 million total subscribers as of last summer.

Amazon has something the others don't, though — While it might not be the top pick for most people, Amazon Music does offer higher-quality, lossless audio with its $14.99 per month HD plan. The service, which launched back in September, has potential to be a Tidal-killer by raking in the real audiophiles.