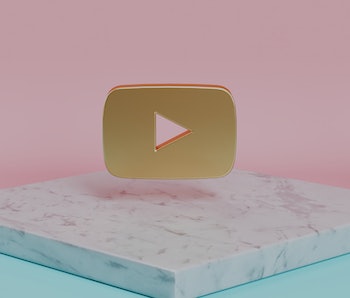 YouTube Music has added profile pages that display users' public playlists, an update first spotted by 9to5Google. The music streaming service has been gaining new features at a brisk pace as Google prepares to wind down its predecessor Google Play Music.

It's kind of surprising that YouTube Music didn't already have public profiles considering that YouTube proper is heavy on social features. 9to5Google says the profiles launching today are pretty light on functionality, and that playlists shared on the web don't link back to their author's profile. That means if you want to see all of your friends' playlists they'll have to send you a direct link to their profile. There also aren't vanity URLs or any other real customization options available.

Social features create lock-in — Adding more social functionality would help YouTube Music better compete against Spotify which has many such features. Users have an incentive to choose Spotify over other music streaming services because when people share their playlists from Spotify it's easy to go into the app and add it to your own library.

Google said earlier this year that YouTube Music and Premium have a combined 20 million subscribers, though it didn't break out exactly how many either have individually. YouTube Music costs $9.99 per month for the type of features typical of today's streaming music apps, while YouTube Premium costs $11.99 per month and includes YouTube Music as well as ad-free YouTube video watching, so there's going to be some overlap there.

Google told 9to5Google that these user channels will be rolling out over time.