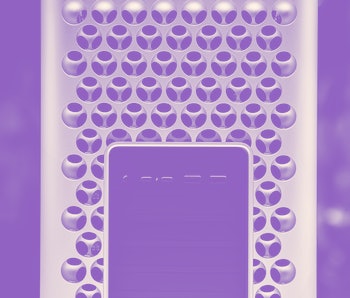 Apple’s behemoth Mac Pro is designed to handle the heaviest of computing loads — but how much weight can it handle, exactly? That’s what tech YouTuber Jonathan Morris set out to test. He discovered that the Mac Pro — maxed with 1.5 TB of RAM — could bench 6,000 open Chrome tabs before giving up.

MacOS kept chugging away — At the peaks of the experiment, Google Chrome stopped responding completely for Morris. But MacOS stayed responsive. In one video posted to Twitter, Morris opens his screen recording software and Safari and is able to use both with no issues.

It’s really impressive that MacOS was even able to keep itself alive through that kind of memory torture. A testament to the operating system and the Mac Pro’s capabilities, to be sure.

Please don’t open 6,000 tabs — Chrome is a memory hog even in the best of times, and it’s definitely not recommended to try to open thousands of tabs simultaneously. But Morris’ experiment proves just how wild the Mac Pro’s capacity for multitasking is. Obviously, most users won’t be purchasing 1.5 TB of RAM for their computers — but it’s nice to know that it’s an option and that the computer can even keep track of that kind of memory.