YouTube's created a $100M fund to boost its TikTok alternative 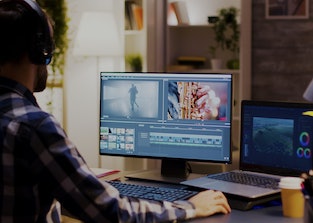 The amount YouTube will pay creators to use Shorts, its short-form alternative to TikTok.

YouTube has launched the Shorts Fund, a $100 million effort to boost its short-form competitor to TikTok. The fund will reward creators for the most engaging and viewed short-form videos they publish from 2021-2022.

Directly paying creators for content is different than YouTube’s normal model where creators allow YouTube to run advertisements on their videos and they get paid on a per-view basis. There’s no clear metric for how YouTube will decide to compensate creators through the Shorts Fund, though it says that payouts may range from between $100 to $10,000 based on viewership and engagement.

YouTube began rolling out Shorts in April of last year. The feature is a near direct clone of the short-form vertical-style videos of TikTok.

That app is seeing its young audience spend a crazy amount of time using it each month, sometimes more than YouTube or Instagram. The short-form nature of TikTok means that users can scroll through endless content at a rapid pace, which generates data that allows TikTok to continually improve its recommendation algorithm. So other platforms are clearly seeing a need to get in front of this.

Facebook has similarly launched a $1 billion fund to get influencers posting original content across its properties including Instagram, and so has TikTok itself with its own $200 million fund paying out creators daily for their work. Snapchat has even been paying out creators who publish Snaps into its public Spotlight section.

Scale quickly — YouTube said in a statement to TechCrunch that it will calculate payout thresholds based on views and where audiences are located, presumably because YouTube generally makes more money from users in wealthier countries where advertisers spend more.

Eventually, the plan is to create a more formal system for paying creators akin to its advertising system. But there aren’t any advertisements being placed against the short videos for now, so YouTube is just going to throw money at creators to scale the product in the meantime. Creators have to make original videos to be eligible for payouts — not simply rip them from TikTok or Instagram’s similar Reels offering — and they need to be 13 or older.

Attention economy — Though it doesn’t seem like YouTube Shorts is that different than TikTok, the platform remains the world’s preeminent home for streaming content, everything from 10-minute vlogs to 2-hour documentaries, and now even live streaming and e-sports. Attention is key and YouTube doesn’t want people going to other platforms like Twitch and TikTok that are coming at it from all sides. It’s possible, then, that YouTube paying out creators now could encourage them to try out Shorts and stay within its walls, where they already publish content, rather than going elsewhere.

But many users probably don’t associate YouTube with the style of content found on TikTok and may not be interested in using Shorts. Trying to become an app for every type of content doesn’t always work because competitors like TikTok have more focus on one specific format and do it well. The question is, why not just do what you’re good at? Of course, again the answer is getting as much user attention as possible.

YouTube says that creators on its platform now have 10 separate ways to make money, ranging from traditional ads to tipping from fans, and now the Shorts Fund.