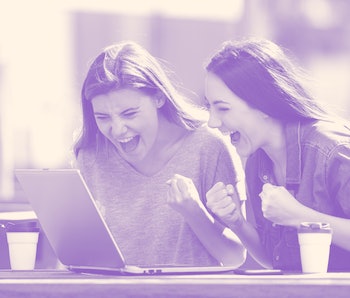 YouTube said today that it won't publish one of its "Rewind" videos this year, something of an annual tradition that serves as a "year in review" of the most popular creators and trends on the site.

In a tweet, YouTube said, "2020 has been different. And it doesn't feel right to carry on as if it weren't. So, we're taking a break from Rewind this year." Presumably, the company is referring to the effects the coronavirus pandemic has had on the world. And, you know, everything else. "We know that so much of the good that did happen in 2020 was created by all of you," YouTube continues. "You've found ways to lift people up, help them cope, and make them laugh. Thank you for making a difference."

Convenient excuse — The Rewind videos have never been well received within the community, so YouTube is probably glad to have an excuse to avoid making one. Users often complain about which personalities are included, often over some controversy they've been involved in. PewDiePie was included in the 2019 Rewind video, for instance, which some of the community took issue with over his history of making anti-semitic and other insensitive comments. They argue that more up-and-coming creators should be highlighted.

YouTube tried to play off the ridicule by directly acknowledging it with last year's Rewind, though the video still got 9.2 million downvotes and only 3.4 million upvotes.

We could use a laugh — Some might disagree with YouTube canceling the video exactly because creators on the platform have worked harder this year to provide audiences with entertainment and positivity, and they should be credited for that effort.

And making something that the community can collectively mock that isn't extremely important could, in and of itself, be something for the community to enjoy. But YouTube decided it wasn't worth the effort.