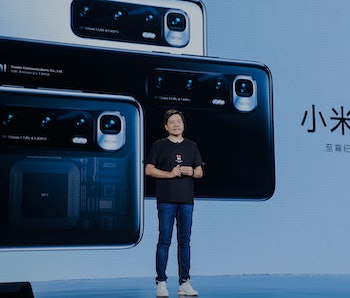 Chinese electronics maker Xiaomi has announced a new 80W wireless charging solution that it claims can charge a 4,000mAh battery to 100 percent in just 19 minutes. It says that a 50 percent charge can be achieved in just over eight minutes.

The Chinese smartphone brand has made something of a name for itself in fast charging tech. Xiaomi previously introduced support for 50W wireless charging in its Mi 10 Ultra, which can get a full charge in just 40 minutes. Compare that to the measly 7.5W wireless charging tech in the iPhone 11, which takes over an hour to give the phone even a 50 percent charge.

Apple says the new iPhone 12 will be able to wirelessly charge twice as fast as the iPhone 11, but it's still going to be slower than what Xiaomi is touting here. And you'll need to use one of Apple's own MagSafe chargers to get those faster speeds. But then again, Xiaomi doesn't even sell its phones in the United States.

Wireless charging is notorious for being slow and inefficient, a big reason why it hasn't been adopted more widely — it's cooler than it is practical. Fast charging could help change that if smartphone makers are able to achieve it without hurting performance. And it could mean the death of physical ports on phones.

Optimizations — There have been some concerns that high-speed charging could lead to faster degradation of smartphone batteries, but experts say that's not a significant concern so long as manufacturers optimize their phones for it. In recent years, much improvement in smartphone battery performance has been the result of software optimization, not changes to the battery itself.

Smartphones typically charge in two phases, with the phone absorbing juice quickly in the first phase but slowing as the battery gets closer to 70 or 80 percent, therefore preventing any potential overload from unabsorbed energy. Because heat can also wear down a battery, OnePlus integrated a fan into its 30W wireless charger to cool phones as they charge.

Another smartphone maker, Oppo, has said that its 125 W solution brings down battery capacity to 80 percent after 800 charging cycles. If you're charging up once per day, that equates to more than two years worth of charging — many people replace their devices after 2-3 years anyway.

Apple typically moves more slowly to introduce new technology in its phones, waiting until it's confident the additions meet its standards. So don't expect to see this tech in an iPhone until the 13, 14 or, frankly, the iPhone 15.