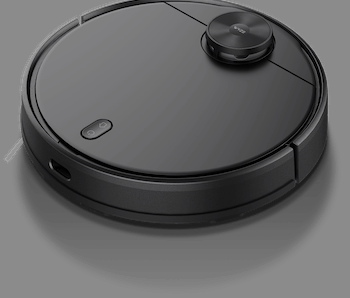 Wyze loves to disrupt the smart home market by offering high-performing, affordable alternatives. On Tuesday, it brutally announced the upheaval of the robot vacuum space with its LIDAR-powered device. Wyze’s robot vacuum uses spatial mapping to avoid obstacles instead of just bumping into them and going “oops.” While a few robot vacuums also have LIDAR, you can’t beat the price with pre-orders at $200.

Clean up your home while Wyze cleans out the competition — Wyze routinely steps into a segment of the smart home market and wows consumers with low prices and solid to great performances. Just as everyone’s catching on to Roomba’s overpriced dominance, other robot vacuums are starting to thrive and Wyze wants a piece of the action.

In addition to its spatial mapping, Wyze’s robot vacuum also works in paths instead of the zigzagging mess other mobile cat thrones make in your home. Its fairly standard suction power can handle carpets and hard flooring alike, and it can handle surface height changes up to 20 millimeters.

With two hours of battery life, it can tackle most homes’ dust and spills. When it’s finished, it re-docks itself to charge. If you don’t have multiple floors in your home (or you just buy one for every floor), the only time you actually have to touch the vacuum is when you empty it. It syncs to an app that allows you to set cleaning routines and watch it clean, room by room. You can also set certain spaces as off-limits to protect cables and water bowls by creating virtual walls.

The catch — Wyze has brought some much-needed competition for smart home products, but it also tussled with a substantial data breach last year. If you’re into mandatory 2FA and Wyze having a detailed map of your home, feel free to pre-order this roving robot set to ship in 2021.