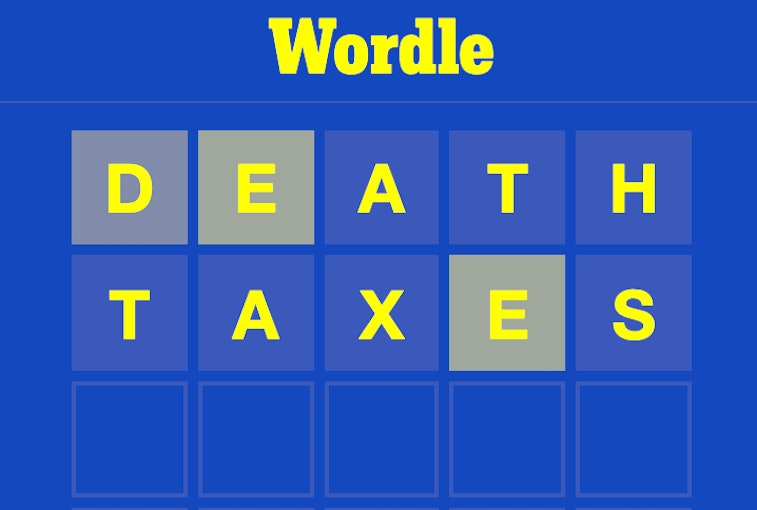 Wordle is dead to us. Alright, so that might be a bit harsh, but we are certainly far less interested in its original incarnation since its acquisition by The New York Times at the end of last month. We don’t begrudge Wordle’s creator, Josh Wardle, for getting that money, but we definitely begrudge the NYT for it, given that they have more money than a “DEITY” — which is actually a pretty good first guess, now that we think about it.

Aside from the game becoming far less palatable after both its corporate ingestion and the upcoming, inevitable paywalling, there’s now yet another reason to switch over to one of its many clones: Wordle is absolutely riddled with ad trackers now.

Couldn’t we just have been left this one, pure thing?

Unsurprising, but still upsetting — As Gizmodo explained yesterday, it only takes a cursory scan to see dozens of cookie trackers embedded within the official Wordle page, many of which link out to third-party corporations such as Google and Iterate.

Sure, most of them are tied directly to The New York Times as a means to help shill their own products and subscriptions... and, sure, pretty much every single website (this one included) features ad trackers of some kind. But their inclusion within the original Wordle still just feels like such a betrayal of the game’s brief, original modus operandi.

Plenty of other options — Thankfully, at this point there are a ton of Wordle knockoffs to choose from, many with pretty cool variations on the original concept. Nerdle, for example, takes a mathematics riff on the format, while this one integrates a “Battle Royale” feature to up the stakes between friends.

We were even just tipped off to something called Quordle, which is basically Wordle times four. Yeah, it’s a bit stressful and excessive, but not any more stressful than knowing your casual NYT Wordle experience could be utilized by the feds thanks to ad trackers.