“There’s allegations of certain consuming companies buying two or three times what they need and stockpiling.” 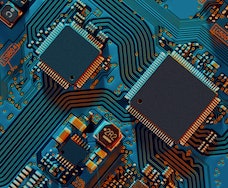 In light of the ongoing microchip shortage that has stymied global supply chains within the automotive, tech, and cryptocurrency industries, White House officials are threatening to put the heat on certain businesses that don’t volunteer internal data on how they allocate semiconductor resources. According to Bloomberg and elsewhere, the U.S. Commerce Department has asked an array of companies to fill out an information questionnaire within 45 days to clarify their supply chain information.

Failure to do so may force Commerce Secretary Gina Raimondo to advocate for the White House invoking the Defense Production Act, which temporarily gives the President authority to direct manufacturing policies in times of economic and military crises. “What I told them is, ‘I don’t want to have to do anything compulsory but if they don’t comply, then they’ll leave me no choice,’” Secretary Raimondo said in an interview earlier today.

Utilizing the Defense Production Act has been done repeatedly in the past, most recently during the COVID-19 pandemic under both former President Asshat and President Biden to boost vaccine manufacturing and distribution.

Reports of stockpiling — The Biden administration’s ramp-up of pressure comes amid rumors of companies stockpiling chips, thus compounding the global shortage. Without accurate data reporting, however, this is hard to confirm, hence the Department of Commerce’s new questionnaires. “There’s allegations of certain consuming companies buying two or three times what they need and stockpiling. So suppliers say, ‘We can’t get a handle on an accurate demand signal because consumers are stockpiling, so we don’t know what the accurate demand is,’” said Raimondo.

Exacerbated by COVID-19 — Apart from internal corporate supply struggles, semiconductor manufacturing has taken a huge hit from COVID-19’s Delta variant, which is currently severely affecting countries where many of the chips are produced, such as Vietnam and Malaysia. While issues like that obviously couldn’t be solved with the Defense Production Act, White House officials indicated they are in the process of also setting up an “early alert system” to coordinate responses better and more quickly.