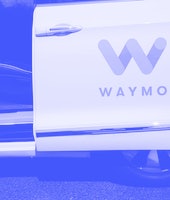 That might not be enough to officially call autonomous vehicles “mainstream,” but it’s getting pretty close to that point.

Right now most of Waymo’s business is in Phoenix — The company’s ride-hailing service in Phoenix has almost 1,500 active monthly users. Waymo’s vehicles also make deliveries in the area. But Waymo’s CEO John Krafcik says the company might bring the service elsewhere soon. “We’re considering moving to other cities,” he said at CES.

Waymo is still expanding — This milestone doesn’t mean Waymo will be slowing down any time soon. Just last month the company announced its first acquisition in the United Kingdom, AI startup Latent Logic. Though the company hasn’t announced any official plans to bring its driverless cars to the U.K., that’s more of a possibility now. Waymo has also signed deals to bring its technology to France and Japan.

But there’s incoming competition — Waymo won’t be able to slow down and bask in its success if it wants to stay on top. Besides consumer-grade autonomous vehicles like those being created by Tesla, lots of other companies are aiming to corner their share of the rising market, too. Uber quietly purchased 600 acres of land in Pittsburgh last month to continue testing its own self-driving technology. Toyota is planning to deploy its first self-driving commercial vehicles soon. And that doesn’t even count in smaller startups like Zoox and Nuro.