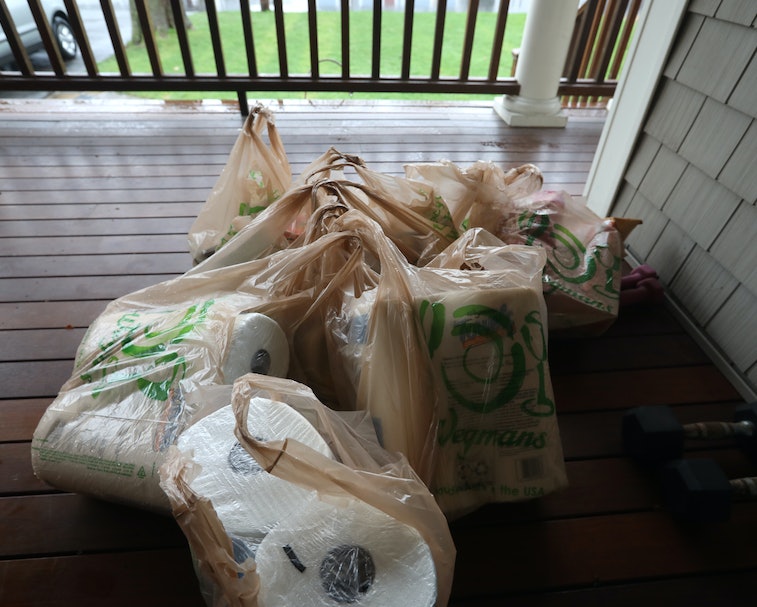 Washington D.C. attorney general Karl Racine is suing Instacart over deceptive fees, saying that customers were tricked into believing an optional "service fee" went to workers when, in fact, it went to the company instead. Racine also recently sued DoorDash for similar behavior.

Tips have long been a subject of consternation for food delivery companies, with workers frequently complaining about the way they're implemented inside the apps. In one recent incident, Instacart workers complained about "tip baiting" tricks employed by customers in which they offer big tips to entice workers to accept their order, only to significantly lower the tip after the order has been delivered (yes, some people are that slimy). The company had to institute a new policy that punishes customers who are caught tip-baiting.

Sneaky sneaky — The "optional" part of Instacart's service fee is why D.C. believes customers and workers were harmed. The option to pay a service fee of 10 percent or more was displayed in the Instacart app during checkout, but it wasn't required that customers pay it. Lots of food delivery apps give customers the choice of offering an optional tip when they're paying. It's unusual that Instacart made its own fee optional, and customers sometimes wouldn't leave a tip later believing they already had tipped. Whether or not Instacart had malicious intent or was truly ignorant of the issue is hard to say.

Racine says beyond deceiving customers and hurting workers, Instacart also wasn't collecting sales tax on its delivery and service fees, meaning the city, too, lost money that found its way into the company's pocket.

Instacart began disclosing the difference between a service fee and tip following criticism, and collects sales tax, but Racine doesn't want the company getting away with its past indiscretions and is asking Instacart to retroactively pay back customers and the city. Instacart says the claims are without merit.

Wage theft — In the case of DoorDash, Racine sued because that company was using tips to cover the guaranteed minimum wages that it promised to delivery drivers — effectively reducing the amount that it had to pay out of its own pocket in what some called wage theft. It, too, changed its act following scrutiny but critics say these companies all too often are pocketing money that should go to the workers that make their services possible.

Food and grocery delivery has been wildly popular during the current coronavirus pandemic, boosting companies from Uber to Target as more people try delivery for the first time. Legislators have called for delivery companies to offer more protections for workers, however, including by offering masks and covering the costs of getting tested for coronavirus. California is threatening to shut down Uber if it doesn't start treating its drivers like employees by offering health benefits and sick leave.