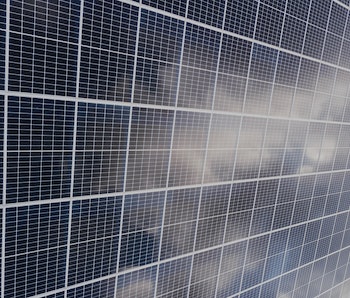 Tesla CEO Elon Musk has announced that anyone interested in buying the company’s solar panels or Powerwall battery pack will soon have to purchase both.

The move is proving controversial as selling the products as a bundle will significantly raise the price for Tesla fans hoping to get in on the company’s home energy offerings. Bundling the Powerwall with solar roof purchases could leave out many customers who want the Solar Roof but can’t justify buying the expensive stationary battery pack.

For people connected to a reliable local utility, net metering can feed the energy their solar panels generate back into the grid, giving them credits on their energy bills so they end up paying little in effect.

Niche appeal — Estimates find that a Tesla Powerwall costs between $9,600 and $15,600 when accounting for the battery, supporting hardware, and installation. The 13.5kWh Powerwall 2 only has enough capacity to power a home for a couple of hours.

If you wanted to have enough local power to maintain power at a property for days at a time, you’d need to install several Powerwall batteries. Considering most Americans experience few actual grid outages on a regular basis, that’s a tough sell. Basically the only people who might buy this bundle are rich doomsday preppers building remote nuclear shelters.

Battery business — Tesla might be requiring bundling because rooftop solar panels are largely a commodity today — most people have zero idea who makes the panels on their roofs, and will pay the lowest price possible. The high cost of installation projects for Tesla’s new Solar Roof shingles have led margins for its solar business to decline to just 1 percent. Until it can train more people to install the shingles, each project is basically unprofitable.

On the other hand, Tesla’s innovations in battery tech and its huge factories have allowed it to pump out large battery packs at progressively lower prices than the competition, allowing for better margins. By requiring people buy batteries, it could increase the segment’s profitability.

Tesla has found success taking its expertise making batteries for cars and expanding to stationary batteries. In particular, Tesla has seen a lot of interest from utility-scale projects that want to further their sustainability goals. Apple recently spent $50 million on Megapacks to store energy generated from a large solar farm in California. The Megapack is estimated to cost $750,000 per unit and can store a whopping 3,000 kWh of power.