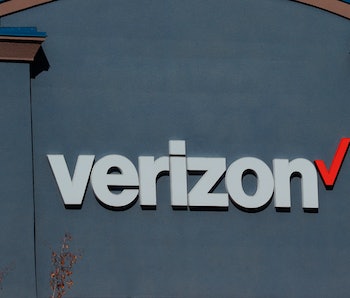 Verizon’s legacy 3G network will shut off on the last day of 2022, the carrier confirmed today. Outdated 3G service was supposed to end in 2021, but the shutdown was delayed as Verizon said it was still working to transition customers to newer devices that support 4G LTE or 5G.

It might be hard to remember now, but it wasn’t that long ago when 3G was viewed as a revolutionary leap in mobile broadband. But whereas that technology provided average speeds of maybe 5-12 Mbps, today’s 5G networks offer download speeds in the hundreds of megabits per second. The newer technology also promises low latency and high bandwidth, making it optimal for applications like game streaming and automotive connectivity.

Freeing up space — In its latest statement, Verizon was definitive that it will not allow any further delays of its 3G shutdown. The company stopped activating 3G-only phones in 2018, and by shutting down 3G, it will be able to reallocate that network infrastructure to expanding 5G coverage. Network spectrum is a limited resource and keeping older networks running means newer networks are left constrained. AT&T and T-Mobile have similarly said they will shut down their 3G networks in 2022.

Despite the hype, 5G networks have thus far been mostly underwhelming for consumers because there simply isn’t enough infrastructure yet dedicated to them. Coverage is spotty, and Apple’s iPhone 12 uses special software to ensure the phone doesn’t drain battery by constantly searching for a 5G signal. To compensate for scarce spectrum on its own network, Verizon uses a technology called DSS in its 5G phones that shares spectrum with its 4G service. But that technology has been found to provide slower 5G speeds than dedicated spectrum.

Collateral damage — While most people upgrade their phones often enough that they won’t be affected by Verizon’s 3G shutdown, some hardware still in use could be affected. Mazda will later this year shut down the remote start function available in some of its cars, as the feature relies on 3G integrations for connectivity. But tech has to move on eventually and it’s not reasonable to expect Verizon to operate a dying service forever.