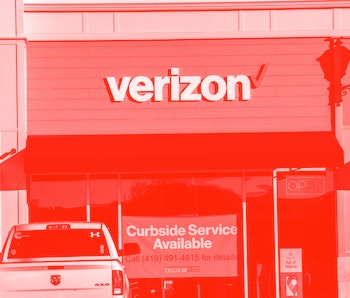 The 5G America has been waiting for is here... if you’re willing to pay up. Verizon has told its investors that customers on basic unlimited plans will not get access to the carrier’s fastest 5G speeds. The company recently spent $45.4 billion to purchase C-band spectrum that will boost the performance of its 5G network when new the bandwidth comes online later this year.

Tiered 5G — To pay for that major investment, along with another $10 billion planned over the next three years, Verizon is requiring that customers pony up for one of three “premium unlimited” plans — called Play More, Do More, and Get More.

Verizon already limits its fastest mmWave 5G to customers on pricier plans, but that technology is limited anyway because it has shorter broadcast distances and cannot easily penetrate walls. The standard 5G service it has rolled out more widely is currently not much faster than 5G because the company has allocated very little spectrum to it. But as it improves with the introduction of dedicated spectrum, standard unlimited customers will be left behind.

Go elsewhere — It’s difficult to see why many customers would be interested in paying up for “premium” 5G at this point. Current speeds are already enough to stream HD video or FaceTime calls, and 5G has mostly been underwhelming as there aren’t any “killer” applications yet that truly demand it. Game streaming is one area where 5G could prove useful, but such services are still in their early days.

For some people, price isn’t even a consideration and they’ll happily pay for Verizon’s premium tier 5G. For anyone else just frustrated by Verizon’s model of charging more for the best speeds, the solution is to switch to a carrier that doesn’t tier its service.

T-Mobile and AT&T do not charge greater prices for access to their fastest 5G speeds. Promotions continue to be widely offered where other carriers will pay off early termination fees or installment balances.