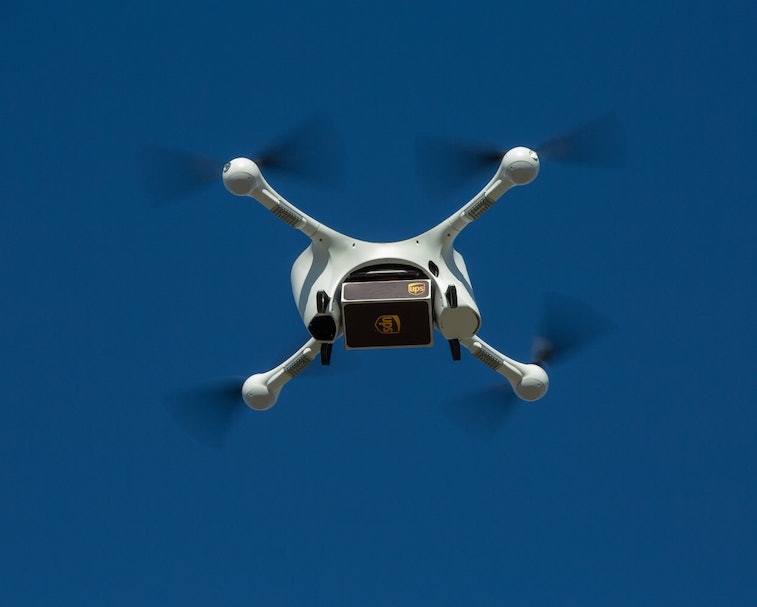 Residents of The Villages, Florida, a retirement community in central Florida, will soon have their drug descriptions delivered by quadcopters — part of the way, at least.

Starting in May, UPS will be working with CVS to shuttle drugs to retirees in the largest retirement community in the U.S. in order to support social distancing efforts. Initially, prescriptions will make the half-mile journey via drone to a pickup location, where human drivers will ferry them the rest of the way to people's doors. That's not as cool as bringing them all the way to people and cutting out the human driver entirely, but it's at least a step towards that future.

Dropping off directly at homes is something Amazon's been testing, and Google's Wing division is already doing so in a rural town in Virginia, but for Google's solution customers need large backyard space that homes in The Villages don't really have in the same quantity.

Uses for drone delivery — Carrying drugs to the elderly is a good use case for drone delivery right now as that demographic is one of the most susceptible to falling ill from coronavirus. Now they won't have to risk their lives by going out in public and exposing themselves to strangers just to get their medications.

Demand for autonomous delivery bots that deliver food by ground in heat-controlled containers is "expanding exponentially" as consumers look to get their goods delivered with as little human-to-human contact as possible. Those are slower than drones, however, because wheeled bots can't fly over objects as a drone can.

This isn't the first drone delivery initiative from UPS. The company says it also operates a delivery service at WakeMed's hospital and flagship campus in Raleigh, North Carolina, where it has completed more than 3,700 revenue-generating flights.