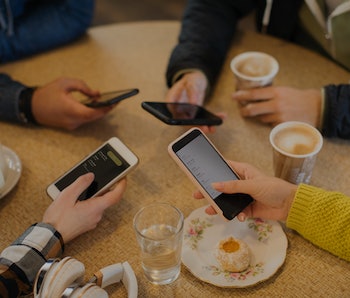 Twitter is developing a feature called Flock that will allow users to curate a list of people to send certain tweets out to, reminiscent of Instagram’s Close Friends feature. The feature was first teased by Twitter last July, along with other experimental features like the ability to downvote tweets.

Reverse engineering whiz Alessandro Paluzzi discovered code in the Twitter app confirming the feature is very much still in the development pipeline. At the time the feature was known as “Trusted Friends,” but the name has since shifted to “Flock,” according to code found by Paluzzi.

Much like Instagram’s Close Friends, Flock will allow users to add followers to a list and later send out tweets exclusively to those people. Right now Twitter is playing around with a list cap of 150 people. Plenty of people to send your nudes out to in a less public fashion. (RIP Fleets.)

Some details — Twitter has yet to confirm any details about the Flock feature except for July’s tease. At that point, we got a quick look at the UI, which includes a dropdown menu at the top of a new tweet to choose between audiences. That UI also included an option to have tweets from trusted friends appear at the top of your timeline.

New details from Paluzzi’s reverse-engineering include the 150-person list limit and the fact that people on your list will not be notified if you remove them. The back-end code also reveals what appears to be a notification you’ll receive when someone adds you to their Flock. What that notification will actually look like is unclear.

Sure, why not — Adding a Close Friends-esque feature makes perfect sense for Twitter. Lots of users maintain separate accounts to keep certain tweets private; why not just build a feature that allows you to maintain two modes of communication on a single account?

Twitter has taken a significant interest in creating more personal timeline experiences. The Communities feature, which is still in beta testing, also allows users to curate their own close-knit Twitter experience. Both features understand the fact that sometimes you want to tweet something to only a specific subset of your followers.

Will this, like Instagram’s Close Friends, be used for posting nudes in a not-so-public manner? You bet it will, especially given that Twitter is much more accepting of nudity than Instagram is. We also wouldn’t be surprised if this ended up being misused for bullying purposes — because what is Twitter for if not taking screenshots and then dunking on them?