Twitter suspended over 88,000 accounts linked to a Saudi propaganda campaign 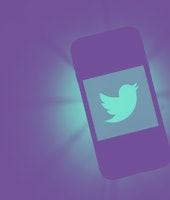 In a blog post published on Friday, Twitter announced it suspended 88,000 accounts linked to a Saudi propaganda campaign. It's one of the biggest crackdowns that the company has led against accounts on its platform.

Twitter published its findings from at least 6,000 accounts, noting that most of the tweets were in Arabic, and that the remaining accounts were being kept from the public as the nature of their tweets was still being determined. But, Twitter's transparency team identified several issues relating to the accounts' suspension.

Amplifying pro-Saudi government positions — In its blog post, Twitter reported that the suspended accounts had engaged in amplifying pro-Saudi government positions through "inauthentic engagement tactics such as aggressive liking, retweeting, and replying." A significant portion of these tweets focused on sanctions against Iran and improving the image of Saudi figures in Western news.

Accounts were bought by Smaat — Twitter also reported that the accounts involved in the case were bought by a marketing agency, Smaat, in Saudi Arabia. The agency had "created, purchased, and/or managed these accounts on behalf of — but not necessarily with the knowledge of — their clients," according to the blog post.

Lack of transparency — Although Twitter isn't against amplifying non-political tweets, like relief info during natural disasters or weather info, it is decidedly against the use of automated tools to strategically amplify political content as well as to hide the original accounts.

This won’t be the first time that Saudi Arabia came under scrutiny for lack of transparency around social media campaigns. There have been reports of pro-kingdom social media accounts on Twitter, harassing dissenters, and amplifying messages in support of the Saudi monarchy. There’s also the fairly recent report of two former Twitter employees accused of spying for the Saudi government.