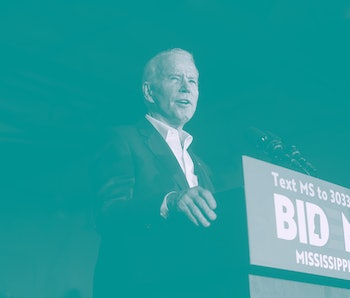 For its part, Facebook flagged the video as containing "partly false information." Users must click through the warning in order for the video to load.

Twitter announced last month that it would be labeling deepfakes and other forms of misleading content as such to curb the spread of misinformation. The policy went into effect last Thursday, and this is the first time we’ve seen the label show up on a prominent tweet.

The label doesn’t always work — A bug is causing the label to only show up in some instances of the tweet. Twitter said it’s working on a fix for this, but the clip has already been viewed more than 6 million times. It’s only been posted for a little more than 12 hours.

Right now it seems the “manipulated media” label only shows beneath the video when it shows up on a user’s main timeline. When accessed through Scavino’s profile, the label does not show up at all. The individual tweet page doesn’t contain a label, either. That means anyone linked to the video will not see the label.

Maybe labeling isn’t enough — Twitter’s latest policy on misleading content states that only tweets “likely to impact public safety or cause serious harm” will be removed from the site completely.

But Twitter provides no specific guidelines as to what constitutes “serious harm.” A video posted by a White House official has the power to sway public opinion. Doing so with a video purposely meant to mislead people does indeed seem dangerous.

The label itself is also small, located beneath the video where it’s easy to miss. It’s unclear how long it will take for Twitter to fix this bug. We can only hope the company learns from this instance and does better on its policies in the future — only then can Twitter actually protect users from misinformation.