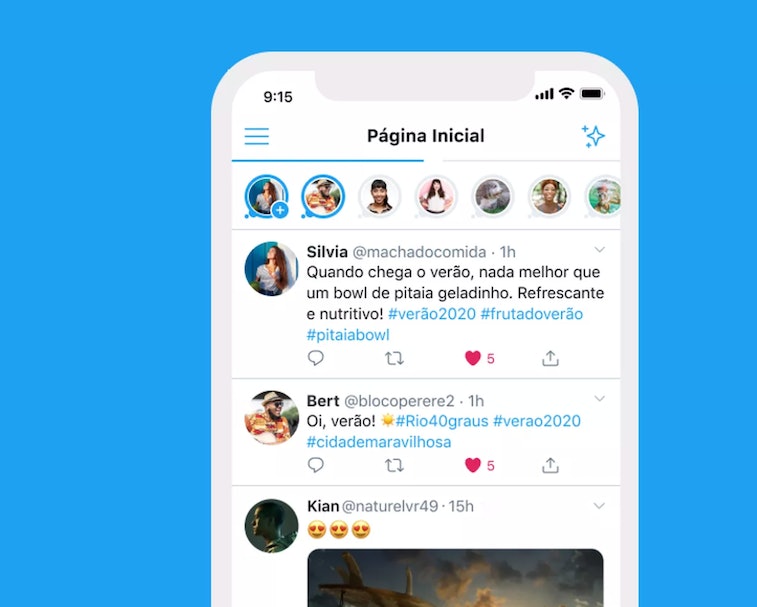 Well, it’s finally happening: Twitter is doing its take on Stories. The feature, which is set to be called “Fleets,” will allow users to post tweets that disappear after 24 hours. Fleets will not be able to be liked or retweeted.

Despite being late to the ephemeral content-creation game, Twitter’s take on the feature has the potential to be a hit.

Semi-permanence is in — In the past few years, disappearing posts have swiftly become an expected medium for social media platforms. Snapchat was the first to pose the feature in 2013, and since then Instagram, Facebook, and even LinkedIn have created their own take on it.

Sure, you can still post regular status updates if you’d like — but then you’ll undoubtedly be forced to look back on your bad opinions from years past. And no one wants that.

Twitter is perfect for this — Yes, Twitter is late to the party here. But tweets are already the perfect medium for stream-of-consciousness thoughts, many of which are better off being seen briefly and then lost to the void forever. Sometimes I just want a place to put those fleeting thoughts without my mom finding them ten years from now in a BuzzFeed article.

Fleets are expected to roll out to test users beginning today in Brazil. Twitter hasn’t made any announcement about when the feature will be available to all users.