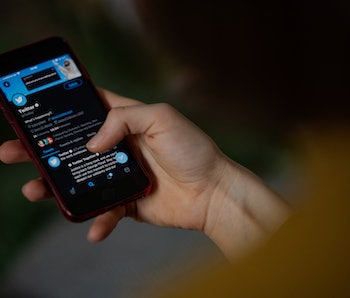 It’s official: Twitter has finally reopened the process for getting your account verified with the vaunted blue checkmark. The company stopped formally verifying users in 2017 following outrage over its decision to verify a white supremacist (though it still quietly verified some accounts in the time since).

Transparency — The original verification process was private and opaque, appearing as if some higher power at Twitter would come down from the heavens and bequeath people the badge ad hoc. The new process features a formal application users can find within the settings app of Twitter for iOS and Android, though it’s still rolling out, so you might not see it quite yet.

At the time of the controversy, Twitter explained that it verified accounts of users it deemed notable public figures, not making a judgment call about their views. That rubbed many people the wrong way, who argued that the lack of transparency meant the blue checkmark could be interpreted as Twitter endorsing a particular user.

Twitter agreed and went back to the drawing board. Over the past year, and with feedback from the public, it drew up a list of specific criteria that users need to meet in order to become verified. You can learn more about the qualification process here.

Besides the obvious example of being a notable public figure with a verified identity, the new rules explicitly list types of accounts that are ineligible. That most importantly includes accounts or groups associated with coordinated harmful activity or hateful content. Anyone who has a badge can lose it for repeated violations of its policies against hateful conduct, abusive behavior, and several other forms of conduct.

In order to verify that a user is a public figure, Twitter will ask for certain things including an official government ID and links to other websites that demonstrate notability, like an IMDB page for an actor.

Basically, Twitter is making clear that it will give the blue checkmark to any public figure no matter their views, so long as they aren’t espousing hate. The transparency of the process is supposed to convey that it’s not endorsing anyone, rather Twitter is just going through a formal checklist to determine if someone is qualified to get a badge or not. You either meet the criteria and get a badge, or you don’t meet the criteria and remain unverified. There’s less subjectivity.

Members-only club — Verification is mostly a thing of vanity — getting the badge has been so difficult in the past that getting one was seen as a sign of status akin to being knighted. It remains to be seen, but that might change now that many more people could end up getting verified.

The special status comes with certain exclusive features, like a feed in the notifications panel that shows only replies and engagement from other verified users. That can help public figures avoid spam and harassment from unverified users. The badge also, of course, prevents one from being impersonated on the platform because the display name of a verified user needs to match their real identity as authenticated by Twitter.