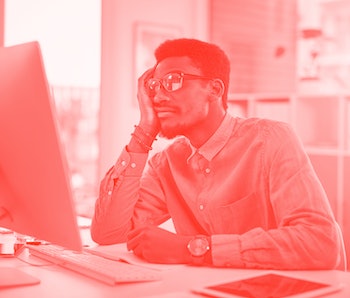 Twitter is this week opening up its crowdsourced fact-checking program in an attempt to fight misinformation spreading on the social media platform. A small percentage of the general Twitter user body will soon see notes submitted by volunteer fact-checkers on tweets that could potentially be misinformation.

The user-led fact-checking program, known as Birdwatch, has been in testing since early 2021. Unlike Twitter’s more traditional fact-checking system, user-flagged tweets won’t be labeled as misinformation — they’ll just show up as “notes” that can be viewed by clicking the tweet.

These notes should ostensibly add context to the tweet, though, of course, they’ll only ever be as helpful as the person who left them. As part of the pilot program, users on the receiving end of Birdwatch notes will be able to leave feedback, which well then be used to determine whether or not the notes should be shown to others.

Twitter sees Birdwatch as a viable option for curbing the spread of misinformation on the site. But it could easily cause entirely new messes, too.

A meh response so far — Over the past year or so, Birdwatch has enlisted the help of approximately 10,000 Twitter users. But only 359 of those users have been actively contributing to the Birdwatch database, according to The Washington Post. That’s approximately 3.5 percent of the Birdwatch army as it stands today.

Overall, WaPo found that a meager 43 tweets per day were being flagged on average, a truly minuscule number by any standard. WaPo states this is “a sign that the Birdwatch project is alive and progressing, albeit gradually and methodically,” which is perhaps an overstatement of the project’s initial success. The numbers here don’t lie. Birdwatch isn’t moving the needle right now.

“We’ve been studying this for the past year, and we’ve seen really promising results,” Keith Coleman, VP of product, said in a statement.

What could go wrong? — While there is some merit to Twitter’s idea here — it’s a way to expand fact-checking on the site without making an investment in dedicated partnerships à la Facebook — its downsides may be cause for a swift death. The largest problem Birdwatch faces is that these are not professional fact-checkers. Twitter users are making the notes; Twitter users are leaving feedback on said notes.

Twitter wants Birdwatch to turn it into a pseudo-Wikipedia, with users trawling through millions of tweets to notate what’s not quite factual. But Wikipedia has strict guidelines for its notations and fact-checks. Birdwatch, on the other hand, allows users to leave notes without any citation at all, a matter that had already been abused greatly just a month into the experiment.

Twitter users aren’t exactly known for their truthfulness. Putting fact-checking power in their hands could easily be more trouble than it’s worth.