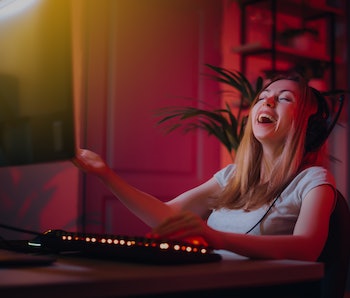 What is innovation without vertical integration? On Wednesday, Twitch announced that Watch Parties, a feature allowing creators to stream its parent company Amazon’s Prime Video content and watch it with their fans, is now available to creators worldwide. Watch Parties entered a selective beta last fall which expanded to U.S. streamers in April. Now, excluding some regional hurdles, anyone can use the feature with anyone else in the world.

Twitch Watch Parties — The content available through Watch Party will expand to Prime Video’s full catalog — up from the roughly 70 titles previously available in the U.S. Anyone can join a Watch Party as long as they have an Amazon Prime account, and they can show their support through "Bits" (Twitch's currency) and "Subs" (subscriptions users can give others).

Due to the differing regional availability of certain titles, however, some international users won’t be able to view certain films and TV shows. That's just the nature of licensing bashing heads with globalization.

Streaming party wars — When the coronavirus pandemic shuttered much of the world, there were a few stream-sharing products ready to connect people stuck at home. Major streaming services soon got wise to the advantages of these resources with some building products in-house and others forging partnerships. The Verge reports that HBO, Netflix, and Disney+ have teamed up with Scener, a video-chatting tool with arguably the best interface in the pack.

Unlike other watch party services, Twitch only highlights the creator’s webcam while fans communicate through a live chat. Other models either show everyone’s haircut-less faces, like Scener, or rely on a chatroom, like Hulu or Prime Video’s separate Watch Party feature. Yes, Amazon has two different Watch Party services — one for Twitch creators getting their Mystery Science Theater 3000 on and one for you and up to 100 of your closest friends.

There’s no shortage of options for people trying to connect with movies and shows. Just choose your fighter, grab some popcorn, text your dearest pals (or entire contacts list), and hit play. Assuming you're all subscribed to the right service, that is.