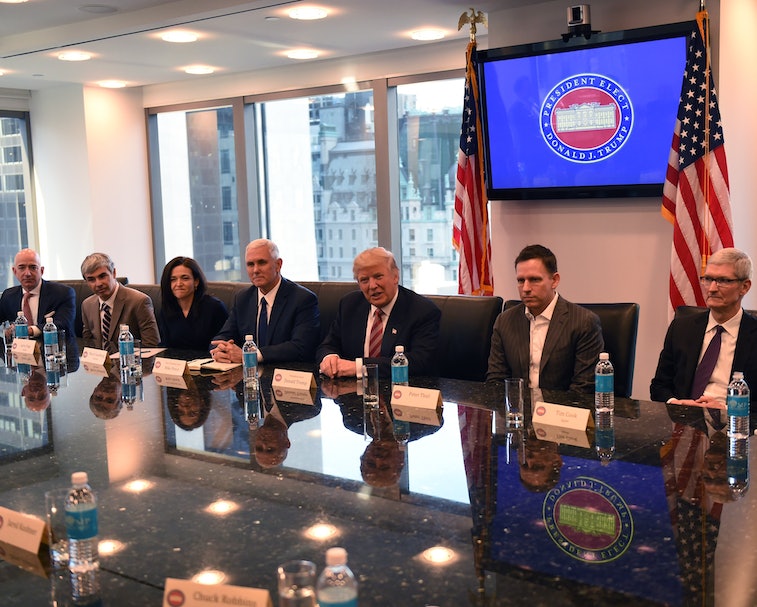 President Donald Trump has stepped up his strong-arming of the Chinese-owned, TikTok, now indicating there's a new favored suitor he has in mind to buy social media giant. And wouldn’t you know it? It just so happens that the corporation in question, Oracle, has had deep ties to the Trump administration since day one.

During an event in Arizona on Tuesday, Trump said he thinks Oracle, the world’s second-largest software company, is “a great company”, and that it “would be certainly somebody that could handle it,” with “it” being the wholesale buying of TikTok from its Chinese parent company, ByteDance, after weeks of bizarre, potentially unconstitutional back-and-forth about the app's future.

Trump recently threatened to ban TikTok in America unless it separates itself from ByteDance by November 12, and is purchased by a US-based company. The move is unprecedented by a President, but at this point, everything is unprecedented, especially when it comes to the current commander-in-chief.

Until now, Microsoft had been the only company that had expressed serious interest in purchasing TikTok, but Trump’s comments come not long after reports emerged indicating Oracle had engaged in its own, very preliminary, inquiries into an acquisition.

Oracle’s chief executive, Safra Catz, was a member of the Trump transition team. Meanwhile, the company’s co-founder and chairman, Larry Ellison, who is also one of the top 10 richest people on earth, hosted a Trump fundraiser earlier in the year. Oracle is seen as one of the few Big Tech companies that explicitly supports the President, though Facebook's Mark Zuckerberg is going to have to try harder if he's going to convince anyone he's as bipartisan as he's like them to believe.

A history of friendly relations— The President has a history of playing favorites with supportive corporations, including Oracle, which vocally denounced the Defense Department’s cloud computing bidding process that, while initially favoring Amazon, settled on a $10 billion deal with Microsoft, instead. Many critics saw this move as a slight against Amazon CEO, Jeff Bezos, who owns the Washington Post, which Trump has groused about for what he deems “biased” coverage for years.

Still, it remains unclear whether Oracle really has any real skin in the game when it comes to negotiations with ByteDance. The company has no experience in social media and would have to work hard not to run TikTok into the ground even more effectively than Microsoft, which with Skype has already convincingly demonstrated its aptitude at taking profitable companies and ruining them.

Frankly, suggesting Oracle buy TikTok is no more awful or strange than Trump choosing to back Triller over TikTok. Perhaps POTUS will endorse "Jesus Tok" next. It would certainly be on-brand.