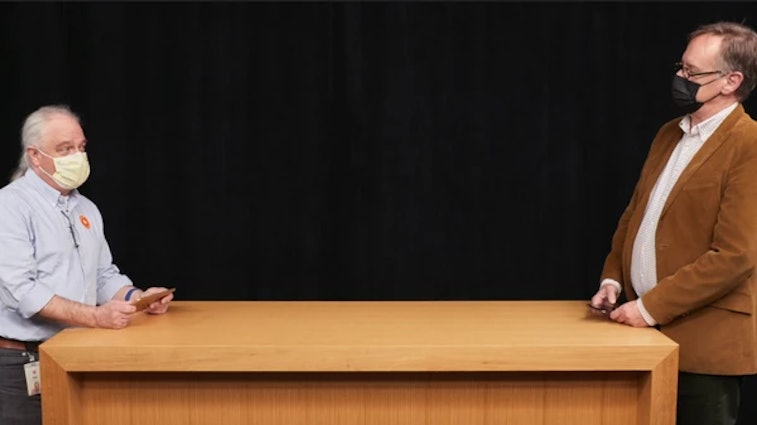 In one of the videos, a customer is presented with the price for an Apple-approved replacement screen. After asking in disbelief why the screen is so expensive when a third-party repair shop can do it more cheaply, technicians are supposed to explain to customers why only genuine Apple parts should be used.

“A genuine Apple part has to pass AppleCare engineering criteria,” the technician says, explaining that a screen from Apple will be tested as if it had just come off the factory floor. “With a genuine Apple display, all the features you’ve come to rely on behave seamlessly... that’s not the case with third-party displays.”

Gouging customers — This training belies the fact that third-party screens and other components are often just as good as originals, but at far lower prices than Apple charges. Not that independent repair shops can even repair items in most cases — Apple has made it difficult to install replacement parts in its devices, bricking phones and causing other issues if the part isn’t installed by an authorized technician.

Right to repair — All of this raises the prices for consumers trying to fix their items. Advocates for the “right to repair” movement have for years been pushing for legislation that would force Apple and others to allow consumers to repair their devices by themselves or through other means. Apple has fought vociferously against these efforts, arguing that consumers could break their devices and that faulty devices using third-party replacement parts could harm its brand. But the tide has been turning as people see the company as a giant, anti-competitive monolith that bullies small developers and other independent businesses.

Pushing consumers to visit an Apple Store can be a confusing and frustrating experience for people who might not have the money to pay for an expensive repair. One authorized Apple technician said it well, explaining that technicians don’t like misleading customers.

“It's frustrating to watch people have to struggle with confusing situations when Apple tells them their device needs to be replaced while a non-authorized service provider could actually be more effective, yet Apple deliberately tries to dissuade consumers from seeking better solutions from third parties,” the technician said. “This is why the right-to-repair is so important to me."

Fair market — As Vice points out, however, the fact that technicians are now told to explain the benefit of genuine parts suggests that Apple might understand it won’t be able to hold a monopoly on repairs forever. If you can’t lock customers into branded repair options, try to convince them of the merits instead. But one of the “benefits” touted by Apple are a result of its specialized tools. Third-party screens cannot have their colors calibrated because Apple doesn’t let shops use its calibration tools.

Apple has said in the past that it doesn’t make money off repairs. That might be true, but repairs are made so expensive that consumers are arguably pushed into buying new devices altogether rather than bothering to try and extend the life of an existing one.