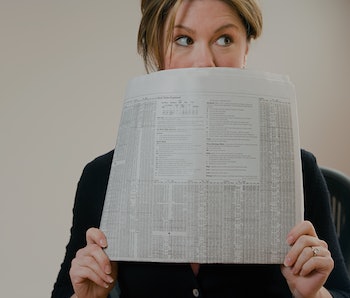 Tinder is introducing a new feature this week that should greatly decrease the chance of running into your exes, colleagues, cousins, or other undesirables while looking for potential dates. The feature basically lets you block all your phone contacts in the Tinder app, which should make it virtually impossible to stumble upon anyone you’ve already met in real life.

According to Tinder, the new Block Contacts feature is launching at this particular moment for good reason: to help users navigate “Uncuffing Season.” For those not in the know, that’s the period immediately following cuffing season — you know, that wintry time of year when everyone pairs up so they have someone to hibernate with until the snow melts.

“We’re rolling out Block Contacts as an additional resource empowering members with peace of mind by helping create a worry-free space for them to spark new connections,” said Bernadette Morgan, a manager on Tinder’s Trust and Safety team.

More than 40 percent of people polled by Tinder say they’ve seen an ex-partner on a dating app; another 24 percent have seen a family member or colleague; 10 percent have run into a professor. Overall, 78 percent of respondents said they’d rather not see (or be seen by) these IRL contacts. Now users around the world will be able to do just that.

Choose whoever you want — Connecting an app to your phone’s contact list is pretty standard in 2021, but Tinder’s new feature goes one step further. Tinder doesn’t just go ahead and block your entire contact list (though that’s possible if you want) — instead, it allows you to choose exactly which of your contacts you’d rather avoid on Tinder.

That level of customization makes the feature much more intriguing; you can block your siblings on the app while still allowing for that hot guy you met at the bar to see your profile if you so desire. The company says that, in testing done in India, Korea, and Japan, users who added the feature ended up blocking about a dozen people each.

Safer online dating — Tinder has been pumping out new features with incredible speed. And, refreshingly enough, the vast majority of those features have been genuinely interested in making Tinder a safer place for dating.

Just last month the company added an automatic warning on messages that might be considered offensive; the company’s also prioritized public health through pro-vaccine messaging. Add this to existing safety features like anti-harassment AI and a panic button and you have an online dating service that comes across as actually caring about its users.

Tinder brought in the big bucks last year despite COVID-19’s wrath; it’s nice to see that those profits are being put toward making the service far safer (and less stress-inducing) for its users. The new Block Contacts feature is rolling out globally now.