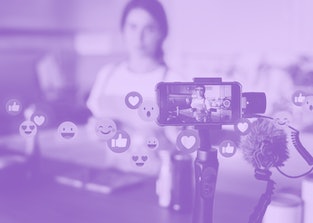 How much TikTok has set aside to pay creators through its new Creators Fund.

TikTok is going to start directly paying creators on its platform. The company announced a new $200 million Creator Fund through which creators will be able to earn money to "reflect the time, care, and dedication they put into creatively connecting with an audience that’s inspired by their ideas."

Offering monetization for creators could be key to TikTok's continued success — the lack of any monetization tools led to lots of strife on now-defunct Vine. Stars that were born on that app, like Logan and Jake Paul, eventually abandoned ship for other platforms, namely YouTube, that do offer monetization.

Get that bread — Creators have to apply to receive money from the new fund, which will be delivered in regular payments over the coming year. To be eligible, creators need to be based in the U.S., have an undisclosed amount of followers, and be in compliance with all of TikTok's community guidelines. They'll need to be at least 18 years old, which means a lot of TikTok's young audience is presumably left out. Applications open in August.

TikTok's monetization program here seems to be very ad-hoc, unlike on YouTube where creators earn money per-view through advertisements placed against their videos. TikTok also doesn't have self-service ad tools for advertisers, meaning brands that want to buy campaigns on the app still need to go through a salesperson. But choosing who gets rewarded manually may also help TikTok avoid the controversies that YouTube constantly faces when ads are spotted on dangerous or questionable videos.

Holding on for life — Since TikTok is limiting this fund to the U.S. for now, it makes you wonder whether the move is political. Federal employees were recently barred from installing the app on their phones, and the Trump administration is considering placing TikTok on the U.S. entity list, which would force Google and Apple to pull it from their app stores. The government is also considering whether or not TikTok's owner, China-based ByteDance, should be forced to sell off the app on national security grounds — TikTok began as a U.S.-based app called Musical.ly before being acquired and rebranded.

Considering TikTok was recently banned from India, the company is seemingly in a race to stay alive. The U.S. is an important market for TikTok (though relatively small by users) and by paying creators here, it may be taking a full-court press approach. TikTok has also hired 35 lobbyists in Washington to convince politicians that it doesn't have allegiances with China.

Despite intense rhetoric on Capitol Hill, there still hasn't been verifiable proof that TikTok censors content or otherwise collaborates with the Chinese Communist Party and the company has always denied doing so. It's a nice political punching bag for officials who want to show a tough stance on China, though. If they start hearing about friends or family members earning some cheddar from TikTok, they might feel less inclined to knock its lights out.