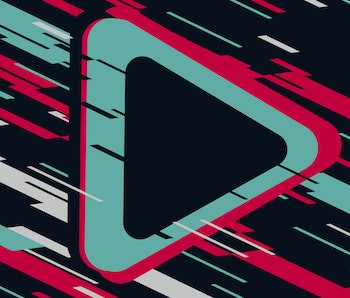 Up until November of last year, TikTok was using a workaround method to capture the MAC addresses from Android devices and deliver them to ByteDance. Doing so violates Google's Play Store policies, but the Wall Street Journal reports that TikTok was able to conceal the practice. It stopped collecting MAC addresses once scrutiny around its Chinese ownership began to intensify.

MAC addresses are identifiers that help advertisers track people across the web. The identifier might be captured when you visit an e-commerce website, for example, so that website can later target advertisements at you on TikTok or elsewhere. MAC addresses are unique to each device and cannot be changed without buying completely new hardware, which makes them particularly useful.

Waste of time — The Trump administration has set a deadline of September 15th for TikTok's owner ByteDance to sell the app to Microsoft or else be banned from operating in the U.S. Politicians across party lines have raised alarms that TikTok could be forced to hand over data on its users to the Chinese government. The company denies it's ever done so and says it wouldn't, though it could be compelled to in the future.

The MAC address is probably the most sensitive piece of data TikTok collected, and now that it's ceased doing so, the company actually isn't collecting much information that other popular apps don't already. It doesn't seem likely that TikTok data would be valuable to Chinese authorities considering most of its users are young and predominantly post light-hearted entertainment videos. TikTok is China's first social media app to become popular globally, it wouldn't be too smart to interfere and risk it all for data on some teens.

President Trump and the GOP seem to be targeting TikTok for other reasons, as they've otherwise been unwilling to move forward meaningful privacy legislation or take action against domestic companies for collecting large amounts of user data without oversight. Facebook and others already collect large swaths of data, the scope of which most users don't understand.

Bipartisan legislators have been increasingly hawkish on China as the upcoming elections near. TikTok users made headlines when they staged a protest against Trump by reserving tickets for a campaign rally they didn't plan on attending.

Negative externalities — Critics say that while there exist real concerns about China's history of surveillance and human rights abuses, banning TikTok is not the way to protect Americans. Forcing TikTok to sell to an American company and host its data domestically could spark China to retaliate against Apple and others that have a big presence in that country. And the open internet could be further splintered as the U.S. and others force companies to host data locally, favoring domestic tech companies. The U.S. has long used the internet as a force to promote American ideals.

The better move would be creating comprehensive privacy legislation that targets all companies operating in the U.S. and the types of data they're allowed to collect in the first place. Communication hardware manufactured in China is also notorious for having gaping security holes that could allow for easy interception – and access to more sensitive data than TikTok could provide.