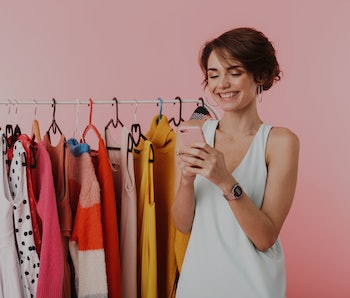 On Tuesday, TikTok and Shopify announced a partnership in a bid to monetize the social app, according to Reuters. TikTok has had its eyes on social commerce and advertising for a while, most recently launching TikTok for Business. The move comes as the app’s future in the U.S. is extremely tenuous.

The partnership — Shopify is courting social media in a big way this year with TikTok joining Facebook in its stable of partnerships. TikTok has poked around shoppable ads lately to keep up with Instagram Shopping. Its deal with Shopify will allow merchants to create ads on the app that users can shop directly from with a simple tap. Purchases are made through Shopify, so TikTok doesn’t have to build retail into the app — though the pair are reportedly working on other products.

“It was obvious early on how [TikTok] was starting to influence commerce trends and trajectories,” Satish Kanwar, head of Shopify’s Channels division, told Financial Times. “With direct-to-consumer brands, that relationship between storytelling and entertainment and the product they sell is so close.”

U.S. users will be the first to experience the benefits of this deal with Europe and Southeast Asia following next year.

What about Walmart? — Walmart and Oracle are still eager to snap up TikTok from ByteDance, but the company doesn’t seem to want to acquiesce to the Trump administration. Walmart reportedly approached ByteDance brass about a similar social commerce experience during acquisition talks.

In early summer, Walmart made its own deal with Shopify, flooding its marketplace with small businesses. ByteDance seems to want to cut out the go-between here rather than let TikTok fall into the hands of an American commerce giant.