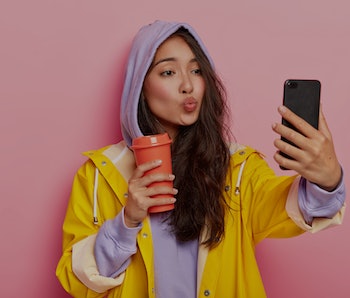 No longer embattled by the Trump administration, TikTok is experimenting with new features aimed at keeping its younger users hooked — and spending money.

The first idea is to help teens find entry-level jobs by giving brands a way to accept “video resumes” from TikTok users. Axios first reported on the new product, which TikTok has said it decided to make because many Gen Zers on its platform like to share career advice. Several brands have already signed up to post job listings, which live in a web browser but are linked to within the TikTok app.

We don’t expect TikTok to replace LinkedIn for more serious job listings, but for service industry gigs where personality matters most, it could make some sense — though video resumes still sound kind of exhausting, and like a discrimination suit waiting to happen.

Bloomberg separately reports that TikTok has begun testing more conventional in-app shopping that would allow brands to display merchandise on their profiles and sell directly through the app. TikTok wouldn’t manage merchandise but hope to sell ads against products.

Get ‘em young — Both of the products make a lot of sense for TikTok. The company is huge with teens and young adults who are just beginning to enter society, apply for jobs, and purchase goods on their own. Using TikTok’s freakishly good algorithm that’s able to serve up content they’re likely to enjoy, the company can promote products and job listings and in turn make money off fresh advertising.

In China, TikTok’s parent company ByteDance runs a local version of the app called Duoyin. Even though it began offering e-commerce sales just a year ago, it’s already completed $26 billion in transactions. Expanding e-commerce internationally could mean a whole lot more cash. ByteDance is one of the rare social media companies from that country that have taken off abroad — which explains the Trump administration’s attempts to squash it.

Commerce — For comparison, TikTok’s biggest competitor Instagram now accounts for roughly a third of parent company Facebook’s revenue, with commerce accounting for a big part of that. Facebook collects a ton of data on users, but Instagram is best for selling physical goods due to its nature as a photo-sharing platform that makes ads sparkle. TikTok could benefit from the same data smarts and full-bleed ads that take over a user’s entire screen.

Instagram has been adding new shopping features that allow brands to sell directly through the Instagram app rather than needing to operate their own websites. Instagram now also features a prominent Shop section in the navigation bar of the app.

Bloomberg says that ByteDance’s co-founder envisions replicating its success with AI-based video recommendations in online shopping, and may add live video shopping that’s been popular in China. It has been hiring up in Singapore to build out its e-commerce operations.