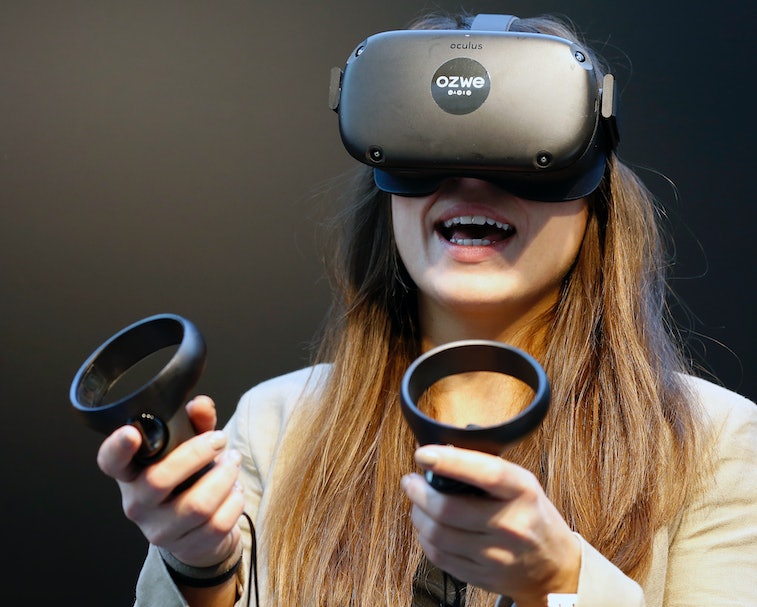 More than a year after its release, the Oculus Quest 2 is still one of the best VR headsets available. Buying one in 2021 comes with a significant caveat, though: you’re inviting Facebook into your virtual reality experience. Facebook’s now-mandatory presence on the Oculus platform has proven more annoying than useful for existing headset owners.

A new tool with the apt name of “Oculess” has finally made it possible to remove Facebook from your Oculus headset without paying $800 for it (h/t Upload VR). Oculess isn’t a complete solution for Facebook’s overbearing market dominance, but it does at the very least unlink your headset from Facebook’s servers.

Notably, users of the tool will still need a Facebook account for initial set-up purposes. There’s no way around this, it seems: Facebook has made it nigh impossible to set up an Oculus device without an account. And the tool itself is added to your Oculus via a sideloading platform called SideQuest — which requires sharing your phone number or credit card details with Facebook. Sigh.

Sideload and go — As you might guess, removing Facebook from your Facebook-owned device isn’t exactly company-sanctioned. That means taking some fairly technical measures to sidestep Facebook’s reach. You’ll first need to prepare your Oculus device for sideloaded apps using a platform like SideQuest. This means enabling Developer Mode and downloading the SideQuest app for your computer — check out our full guide to doing so here.

Once you’ve prepared your headset, using Oculess is as easy as downloading its files from GitHub and disabling a few system features like telemetry and updates. This should stop the app from being bricked by future system updates — disabling telemetry will force your headset to stop sending diagnostic and usage data to Facebook.

The Facebook headache — Oculess is an imperfect solution. The tool can’t fully remove Facebook from your Oculus account, and sideloading can be a little messy, breaking system apps like Oculus TV and the Browser.

The complexity of this process is yet another reminder of just how domineering Facebook can be in its acquisitions. Oculus is, at this point, entirely inseparable from Facebook. While certainly not unusual for Facebook, it is, as Input’s Ray Wong put it, a major slap in the face for Oculus’s long-time fans. It also means that, when Facebook goes down, Oculus goes down with it. But Facebook didn’t buy Oculus out of goodwill so it could thrive independently. It bought the company because it believes VR is going to be one of the ways we interact online in future... and it wants us to be dependent on it to do so.

Oculess is by far the best option we’ve seen yet for exorcising Facebook from your Oculus gaming experience. Too bad the rest of Facebook’s problems aren’t so easily remedied.