This new cryptocurrency donates a portion of every transaction to charity 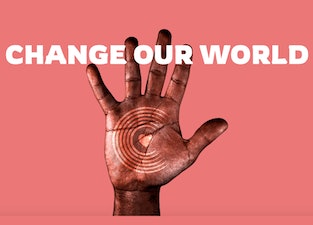 Amount donated within 24 hours of CHANGE opening its market.

Philanthropy in the world of cryptocurrency is not a new concept, per se; notable crypto figures like the creator of Ethereum often donate a portion of their blockchain proceeds to charitable organizations. More rare, though, is cryptocurrency created for the very sake of helping those in need. That’s exactly what the CHANGE coin hopes to do.

CHANGE launched earlier this month with a simple — but far-reaching — goal: change the world. The new cryptocurrency operates on a business model entirely centered on absorbing funds that can then be donated to various charitable causes around the world.

Within 24 hours of launching, the CHANGE community managed to donate $136,744 toward relief for Australian bushfires. Those funds went directly toward the planting of 10,000 trees in affected areas of Australia. That’s after just one day.

And sources close to the project have told Input they have even more exciting projects in the works, including working with A-list musicians and athletes hoping to get involved.

How it works — Like any other cryptocurrency, the CHANGE token has an ever-changing value determined by various market variables. It can be purchased and sold at any time using PancakeSwap, an exchange used by burgeoning crypto operations.

Where CHANGE diverges from your average crypto operation is a 10 percent fee that’s included in every transaction. One percent of that fee is redistributed to holders of the currency — an incentive to continue investing — and the rest of it goes to a liquidity pool. A total of 50 percent of that pool is then set aside for donations every day. The remainder is allocated to burning coins and for a staking treasury used for future developments.

All about transparency — Besides its groundbreaking business model, CHANGE is also all about transparency in its finances and its actions — an act that might as well be considered radical in the crypto community, where many businesses operate through smokescreens and mirrors.

CHANGE is keeping active across social media and wants the community to weigh in on which organizations could use its donations most. Each week, the token’s creators will livestream on YouTube while they make the actual donation — so you can actually watch your crypto transactions go toward changing the world in real-time.

“It would be nice to imagine a world where in every single transaction — a piece of that goes to charity,” said co-founder Matt Corman in a livestream last week.

Instant karma — When utilizing CHANGE for transactions, it’s impossible to not donate to charitable causes in the process. It’s baked right into the code. If you purchased a plane ticket with CHANGE, for example, a portion of that sale would automatically go to making the world a better place.

Right now, one of the largest debates in crypto is whether or not the technology is inherently making the world better or worse. By building donations right into its transactions, CHANGE ensures it’s definitely affecting the good kind of change. And it’s all instant — rather than waiting for banks and similar institutions to work through the backend of donations, CHANGE is able to transfer funds near-instantaneously on the blockchain.